You are here: Home / NHL / Kings / Stars at LA Kings, what to watch for – with Ethan Moreau 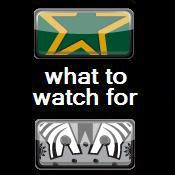 The Dallas Stars weren’t expected to challenge for the Pacific Division title this year, if even a playoff spot (we had them slotted 9th overall in the West). However, they’re one of the hottest teams in the NHL right now, as they’re off to a 6-1-0 start.

“They’ve maintained a pretty good leadership group there. And, from the outside looking in, they have some guys who take a lot of pride in being a Dallas Star – they’ve been there a long time and they still have a lot of talent.”

LA has won their last three games, two by shutout, and have an equally impressive 4-1-1 record.

Here are some things to watch for when the Kings and Stars meet up tonight in the first of two games this week, and the kick off to their six-game season series…

– Dallas Defense: “(Compared to last year), I’m seeing different play without the puck,” said Murray. “They’re really committed to the defensive part of the game. There’s a lot of pulling out, waiting in the middle of the ice and five back to the front of their net. They’re really trying to limit those grade-A scoring chances.”

– Stars addition of Sheldon Souray: “We’ve been really good friends for a long time, we train together and we’re really close with him and his family,” said Moreau. “It’s not difficult, but when you play against playing against friends who play physical and are tough, and you have to play that way against them, you try to put it aside. He’s a really good player and he’s playing well. He has a big shot, you have to get in his way. I’m going to have to do my thing against him, and he knows that. I don’t expect anything less than his usual self.”

– Don’t forget the Dallas offense though, says Drew Doughty – “Tonight will be more of a challenge for our whole team defensively, Dallas is a lot better offensively than the last two teams we’ve played.”

– Milestone Moment: Anze Kopitar will be skating in his 400th NHL game. He has recorded at least one point (four goals, six assists) in each of the Kings’ first six games this season.

– Milestone Moment II: Quick could become the first goalie in Kings history to record three straight shutouts, if he can hold Dallas off the board.  Overall, the last time it happened in the NHL was in December 2008 when Steve Mason turned the trick for the Blue Jackets.

– Possible Milestone, of Sorts: Moreau has been leading the way with his hits each night, but has yet to score his first goal for the Kings. At this point in his career, would that still be a ‘milestone’ for him?

“Oh yeah, it will be special for sure,” said Moreau. “The position I’m in right now with the team, I think we need to provide offense. We’ve played fairly well, with (Jarret) Stoll and Richie (Brad Richardson). But, we need to score and we need to produce on that line. There’s no reason why we shouldn’t too, we’ve all done it before. I don’t put pressure on myself, but I’d definitely like to get that first one tonight.”

The one thing Matt Greene never wants to see again, ever!

What I’ve learned so far… by Kevin Westgarth