After a summer filled with some nervous Kings fans wondering if Drew Doughty would ever play a game in Los Angeles again – despite several reassurances by team management that he wasn’t going to be traded and it was ‘just business – the talented blueliner finally inked a deal on September 30th.

And while those same fans couldn’t wait to see him back on the ice, it seems the photographers in Hamburg yesterday couldn’t resist taking photos of him on the ice – literally!

Kudos to the Hamburg Freezers for posting several non-traditional hockey shots from the Kings 5-4 win in their final pre-season tune-up prior to Friday’s NHL season opener.

So, let’s have some fun with the three shots below – see if you can come up with the best caption for any or all of the pictures. 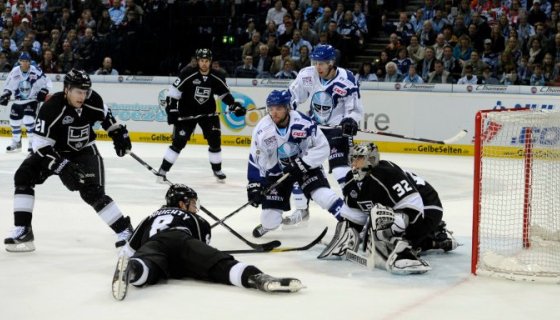 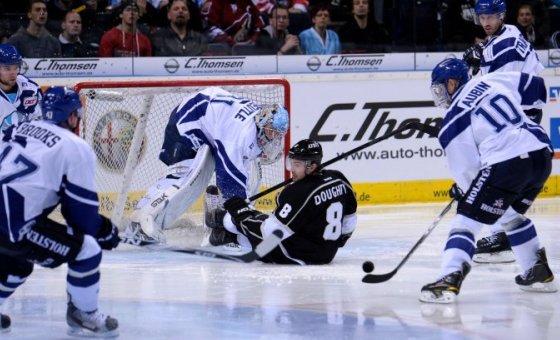 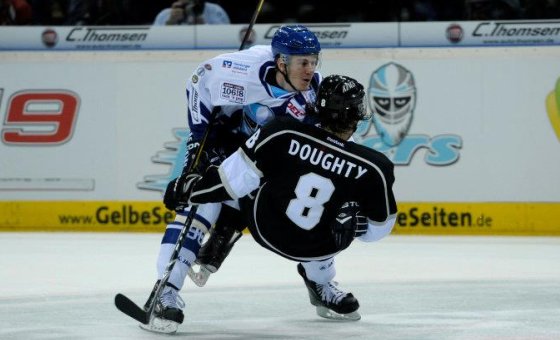 You can post your comment below by signing in to the site or using your facebook profile. Please just remember to identify if your phrase belongs to pic #1, #2 or #3.

Feel free to be as creative as you want – but, please keep it clean and respectful. Thank you.

Drewmageddon is over – Kings go eight for eight