You are here: Home / contest / LA Kings at Dallas Stars – what to watch for, Penner edition 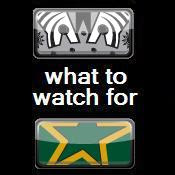 In a pre-game story that reads much like Tuesday’s script vs. New Jersey, much of the focus for the Kings will be on goaltending and Dustin Penner.

LA comes into the game with a 5-2-1 record and is looking to bounce back from an embarrassing 3-0 loss at home on Tuesday, where coach Terry Murray put the blame on poor puck management, resulting in bad turnovers.

Here are a few things to watch for as the Kings open a three-game road trip tonight vs. the Dallas Stars…

– Goaltending: After giving back-up Andrew Raycroft a chance in net vs the Kings on Saturday, the Stars will return to regular starter Kari Lehtonen tonight. He comes in with a 7-0 record this season, on the back of .955 save percentage and 1.54 goals-against average. The Kings will counter with Jonathan Quick, who has shutout his last three opponents and has a lifetime record of 11-3-0 vs the Stars, including wins in his last five against them.

– Dustin Penner: On November 23, 2005, Penner made his NHL debut for the Mighty Ducks of Anaheim in Texas, against the Dallas Stars. He had five shots, zero points and two penalty minutes that night. He could really use a better performance tonight. Due to his recent play, and the Kings inability to generate much offense over the last three games, Penner will drop down a line tonight, playing with Jarret Stoll and Brad Richardson on the third unit.

– Scott Parse: He had only played in one game this season after a disastrous training camp, where he was routinely the focus of negative attention. Murray wasn’t sure what to make of Parse’s ‘it’s all between my ears’ feeling a few weeks ago. It will be interesting to see if Murray has a short rope with him tonight on the second line with Mike Richards and Dustin Brown.

– Sheldon Souray: One of Ethan Moreau’s good friends and former Oiler teammates has been a real boost to the Stars offense so far this season. He has six points (two goals, four assists), 21 shots on goal, leads the team with a plus-6 rating and has 15 blocked shots as well.

– Trap game: It’s become fairly common practice around the league the last few years for people to refer to the first game after a road trip as a possible ‘trap game’ for the home team. Tonight, the Stars return to home ice after going 3-1 on the road, with the only loss being a 1-0 game in LA last Saturday. Excluding opening night, the Stars have only been averaging about 7,500 fans. So, don’t expect the crowd to give them an extra push.

– Rink Configuration:  According to comments by Murray posted earlier on MayorsManor, “(The Stars) really put a lot of pressure on you in your own d-zone because they change the size of the ice from corner to corner and behind the net. And that’s a very hard thing to defend.”

One final note, I received a text from Brett Hull late last night after asking for his thoughts on the game. His only comment was ‘low scoring.’ We’ll see if he’s right.

Also, we have 20 tickets to give away to the LA Kings Alumni and Ontario Reign game this Saturday. If you’d like to win a 4-pack of tickets, go here for more information.

Where has the shot mentality been in the third period?  – Murray tries to explain

The one thing Matt Greene never wants to see again, ever!