You are here: Home / comments / Mike Richards has ideas to help the LA Kings power play 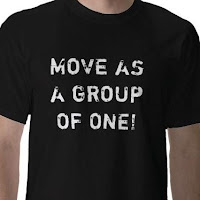 Earlier this week we posted a conversation with LA Kings coach Terry Murray, where we talked about some of his plans for the power play next season.

Call it a follow-up piece to several discussions with Murray and GM Dean Lombardi about what changes need to take place to improve last season’s dismal 16.1% conversion rate.

With the coaching staff remaining the same, the most common answers this summer have been to change the structure and/or personnel. And with the additions of Simon Gagne and Mike Richards, there’s no arguing the personnel side has received a major upgrade.

Although Murray said he wasn’t sure where he was going to play Richards yet, I still wanted to know where the new Kings centerman felt most comfortable, considering he played multiple positions with the man-advantage over the last few seasons in Philadelphia…

“I actually feel comfortable in both spots,” said Richards. “I played the half-wall in junior and my first couple of years in the NHL. Then, we had a lot of success when I was on the point with Danny Briere working the half-wall too. So, I feel comfortable in both spots. It’s just something that we have to get on the same page with and make sure (we know) where everybody is on the ice. It’s not going to click right away. It takes time to learn how to play with somebody. But, I think if we have the right tools in place, it can be a good thing.”

When it comes to increasing the Kings conversion percentage, Richards has a simple philosophy – “It’s about knowing where your teammates are on the ice and moving as a group of one.”

Two years ago the Kings came to training camp with t-shirts on that read ‘The only reason we’re here.’ It was an attempt to have a unified message about the team’s desire to make the playoffs.  And it worked.  LA returned to the NHL’s post-season for the first time in nearly a decade.

Perhaps they can now borrow from their new teammate and order some ‘Move as a group of one’ shirts before camp opens in September.

It certainly can’t make the power play any worse.

Mike Richards already thinking about Kings vs Rangers in Europe