You are here: Home / NHL / Devils / He’s Back… How Appropriate 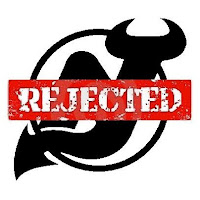 When the New Jersey Devils tweeted “HE’S BACK: Ilya Kovalchuk signs with the Devils.” around noon yesterday, it seemed like the NHL’s summer reality show had come to an end.

Just like your parents always told you though – things aren’t always what they seem.

Yes, He’s Back!  In the news, on the market and so much more…thanks to this official statement from the NHL’s Deputy Commissioner Bill Daly:

“The contract has been rejected by the League as a circumvention of the Collective Bargaining Agreement. Under the CBA, the contract rejection triggers a number of possible next steps that may be elected by any or each of the NHLPA, the Player and/or the Club. In the interim, the player is not entitled to play under the contract, nor is he entitled to any of the rights and benefits that are provided for thereunder. The League will have no further comment on this matter pending further developments.”

The NHLPA followed up with a statement of their own:

“The NHLPA is currently analyzing the basis upon which the NHL rejected the contract between the New Jersey Devils and Ilya Kovalchuk. We are evaluating the options available to us under the terms established in the CBA. The NHLPA will have no further comment at this time.”

Devils’ President and General Manager Lou Lamoriello jumped into the game with the following statement:

“We are extremely disappointed that the NHL has decided to reject the contract of Ilya Kovalchuk. The contract complies with the terms of the Collective Bargaining Agreement. We will have no further comment until the process outlined in the CBA is complete.”

No further comment on this story?  That couldn’t be further from the truth.  The hockey media world is alive and buzzing again.

The NHL hasn’t had this much press in July since….um, never!

Yet, you just have to wonder if another old saying you may may have heard is still true – there’s no such thing as bad press.