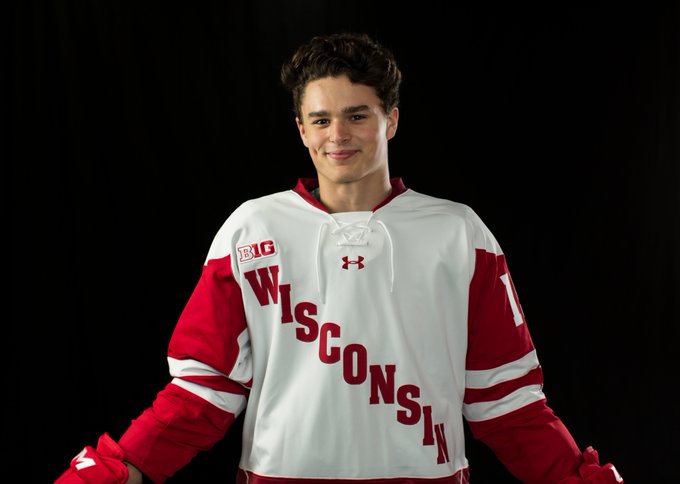 With the NHL all-star event completed, prospects who didn’t have the luxury of a week off continued into their regular season.

After he went scoreless in the SHL the previous week, Fagemo picked up two points (1 G, 1 A) in as many games to regain his scoring touch.

Samuel Fagemo adds another goal for the #LAKings duo in Frölunda. pic.twitter.com/RdONlMd9ge

Frölunda’s defender continued to build on his career high with a goal and assist. While scoring isn’t his main skill, Moverare has now officially doubled his previous career high in the SHL, which was seven points.

Jacob Moverare with a great fake shot to fool two players, before releasing a high well placed shot for his sixth goal and 13th point of the season. #LAKings pic.twitter.com/XM9guupu7H

Nousiainen missed the previous week due to flu. He returned to action, but was held without a point.

Doyle and Co. had their endurance pushed to the limits this week, as they played three games in three days. Back-to-back-to-back games are exceptionally rare in any league, and the puck-moving defenseman picked up a goal and two assists during it.

It was a bit of a rough week for the Huskies and goal tending in general. Hrenák turned aside 34 shots, yet five still got by him on Friday. Another three beat the Slovak netminder on Saturday when he came in relief.

Hults extended his point-scoring streak to three games, including four points (1 G, 3 A) in the previous two. He had a hand in every goal scored by Penn State over the weekend. His 24 points on the season pushed him to the top of Big Ten defensemen.

A look at Cole Hults’ goal. Fired a pass right on the tape to start the zone entry and got rewarded for it a few seconds later. pic.twitter.com/NFSIApiR30

Lee saw his own streak snap as he was blanked in the two tussles against Boston University.

The 2019 fifth overall pick saw his weekend abbreviated as he sustained a lower-body injury late in Friday night’s game, resulting in him sitting out on Saturday. However, he did pick up an assist prior to getting hurt.

Turcotte sets up Caufield for his second goal of the night with a beautiful pass: https://t.co/SCLDFvsUb4 #LAKings #GoKingsGo pic.twitter.com/aqR3i2CrFo

Captain Dudas looked like he got his scoring touch back, as he picked up four points (1 G, 3 A) this past week. Prior to that, he had just one tally, an assist, his previous five.

Kitchener has points in 11 straight contests when Ingham is in net, going 9-0-2 in that span. They maintain a tenuous graph on the division lead over London.

It had been a while since an ArtyParty was thrown. He broke a three-game pointless streak with an assist on Saturday, then ended his seven-game goalless streak on Sunday. While highly touted prospect from the 2020 NHL Draft, Jan Mysak, has joined recently to help rejuvenate Hamilton offensively, the Bulldogs have some adversity in offense. Jan Jenik was injured during the WJC, meaning that of the active roster, Kaliyev doubles the next highest active player on team scoring. This allowed defenders to key in on the American sniper.

🚨 COME ON ARTY, LET'S GO PARTY 🎉@Arthur_Kaliyev puts the Bulldogs up 3-0 at the end of the 1st! #GoHAM pic.twitter.com/IjxmzIqUYk

The rangy netminder picked up a win earlier this week with a 32-save performance before dropping a 4-1 loss to the Everett Silvertips.

London’s veteran had a memorable weekend, scoring a goal against his former team, the Guelph Storm. What’s more momentous is it was the first time he scored a goal in any league since April 20, 2019. His goal scored before that? Coincidentally, it was against London, his current team, in the playoffs.

Spence saw his scoring streak end, but he continued to contribute for his team. He dropped the gloves and fought an opponent who hit a teammate up high. Spence only received a 2-minute minor for roughing, but him standing up for a teammate goes a long way.

MORE gloves on the ground!

Cole Edwards throws a high hit on Mika Cyr and Jordan Spence comes to his teammate's aid. Spence heads to the box, Edwards heads to the dressing room. He's received a five-minute major for hitting to the head.#ProtectTheBridge

Despite missing some time due to the World Juniors, Thomas has finally propelled himself to the top of team lead for Peterborough. He extended his point-scoring streak to eight straight, picking up 17 tallies (2 G, 15 A) in that span.