Frozen Fury has once again come and gone; only this one had a little special meaning, as it was the final edition at the MGM Grand Garden Arena. In the 2015 edition of the preseason classic, the LA Kings shutout the visiting Colorado Avalanche 4-0 on goals by Kyle CLifford, Dustin Brown, Trevor Lewis, and Marian Gaborik.

Next year at the new Vegas arena. Starting in 2017-18 season, LA would be visiting team vs new expansion team. https://t.co/C7KVCIU2nn

All that remains from the final Frozen Fury at MGM… pic.twitter.com/rYYPkNBrwy

We know what you really want right now, though – you’re here to look at some pictures!

MayorsManor photographer Chasen Ikiri was on hand to snap up all the action last night – including images of Anze Kopitar, Jonathan Quick, Jeff Carter, Dustin Brown, Drew Doughty, and many others. Take a look… 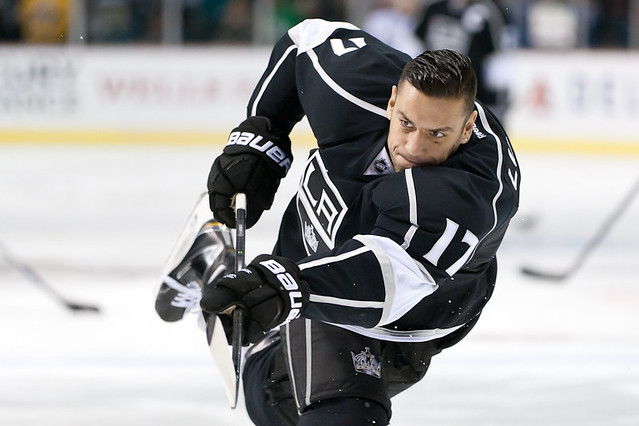 If your ipad or smartphone doesn’t support the above player, click here to see the photos.