You are here: Home / Interview / Coaches and Management / On This Date: Interview with player who scored first-ever LA Kings goal 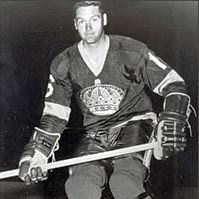 On this date in hockey history the LA Kings made their official NHL debut. Several years ago, MayorsManor was lucky enough to interview the man who scored the first goal in franchise history as part of that game. Today, we proudly share our discussion with Brian Kilrea once again…

Yet, the older you get, the more you realize the world we live in is actually a rather small place. And the hockey world is even smaller.

About 2,400 miles away in Ottawa, a 17-year old Terry Murray was just beginning his junior hockey career as a defenseman for the Ottawa 67’s – as luck would have it, also an expansion team.

Today, the two men have switched teams. Murray is now the coach in Los Angeles and Kilrea is the General Manager back in Ottawa. However, the path that has taken ‘Killer’ (as he’s affectionately known) from the Kings of ’67 to the front office of the 67’s was a road filled with many twists and turns.

A few years after requesting a demotion to the minor leagues during his first season with the Kings, Kilrea eventually moved on to a successful coaching career in the OHL – a job that saw him tend herd over teams that once included Jim Fox…and more recently, featured one of the Kings draft picks from earlier this summer, Tyler Toffoli.

In the interview below we cover it all – from the first goal in Kings history to some of the players he’s been associated with throughout his illustrious career.

MM: Take us back to October of ’67. The Kings are playing the Flyers and you scored the first-ever goal for the team…

Well, Teddy Irvine, was a big fella from Winnipeg and they called him Superman. But, I’ll tell you a story about Lowell MacDonald. He was frightful of flights. Red Kelly, our coach at the time, came to me and Teddy, saying “Can you guys sit next to Lowell on the plane?” He put me on one side and Teddy on the other, with McDonnell in between us. We chatted a bit with him and tried to help him. Once we got up in the air I think Lowell relaxed maybe a little. He got over flying later on. But, his first couple of flights were tough.

Jack Kent Cooke was always promoting the Kings, the city of Los Angeles and the Lakers too. He introduced me to Jerry West, which was a big deal to me because I’ve always been a basketball fan. He was a very humble guy too. So, it was a real thrill to just sit there and shoot the breeze with Jerry West one night over a beer.

Over the course of your coaching career you had quite a few players with ties to the Kings organization. What do you remember about Jim Fox?

Jimmy is one of the greatest Ottawa 67’s of all time. He’s probably right there with guys like Denis Potvin and Doug Wilson in the top five. He had some of the greatest hands of any player. He was so quick. He saw all of the ice from impossible angles and he always knew the right guy to pass it to. He had a deadly shot too. He was the league’s leading scorer and our MVP. I can’t say enough good things about him. We knew he’d be a star. People kept saying “Well, he’s not that big.” He was good. That’s all that counted!

Another former Kings player you coached was Warren Rychel, who is now the General Manager in Windsor. Is it odd to see him in that role now?

No. I’m really proud to see Warren as a GM and the success he’s had so far (winning back to back championships). There are a couple of guys I’ve coached as players, that went on the become coaches in the OHL. But, to see Warren in his role and doing well, is truly amazing. Like any farm boy, he just works tirelessly. Twenty hour days are no problems for a guy like that. I know he’s done things like, he went over to the Czech Republic and some other places in Europe this year to make sure he got the right player in the import draft. So, he doesn’t surprise me.

Prior to joining the Kings in ’67 you played eight seasons for the Springfield Indians in the AHL. That team was owned by the legendary Eddie Shore, who was infamously associated with ‘Old Time Hockey’ in the movie Slap Shot. Tell us a little about those years…

When you first joined the expansion Kings, the team’s current Head Coach, Terry Murray, was beginning his junior career back in Ottawa. So, you never played with him or coached him, but what are your impressions of one of the first players to ever wear a 67’s jersey?

This year the Kings drafted Toffoli, a kid you coached during his first year in junior hockey.  And you’ve watched him continue to develop now as the 67’s GM. What did the Kings get when they selected him in the second round back in June?

After not even playing a full season with the Kings, you wanted out of Los Angeles so badly you actually requested a demotion to the minors – which is nearly unheard of. If Tyler was to see that and then ask you about playing in LA, what would you say?

I would tell Tyler it’s different. I was a guy who was married and had three kids. I also had a sick parent back home and wanted to be closer. It was just a different situation. I’ve told Tyler he should be thrilled to be drafted by Los Angeles. They’re one of the real up and coming teams in the NHL. He’s lucky to be part of that organization. I’ll tell him go, go, go when the time is right.

Time – it sure flies by.

Some day it will be Tyler Toffoli’s time in Los Angeles.