There might not be any training camp news coming out of Los Angeles at the moment, however things are starting to heat up on the other side of the country.

In advance of the AHL season getting underway soon, the Manchester Monarchs opened camp this weekend and dozens of Kings prospects took to the ice yesterday.  For the first day of drills campers were divided into the following line combinations:

On the defensive side of the puck, the curious case of Vhere’s Voynov continues. Slava wasn’t on the ice Sunday, yet, it’s been confirmed to MayorsManor that he did arrive in Manchester after the sessions had begun.  He’s scheduled for the usual round of pre-camp tests today and is expected to be on the ice with the rest of his teammates tomorrow.

Now, here’s some pics from yesterday… 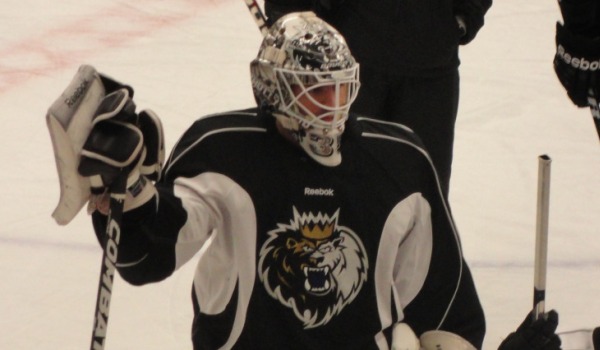 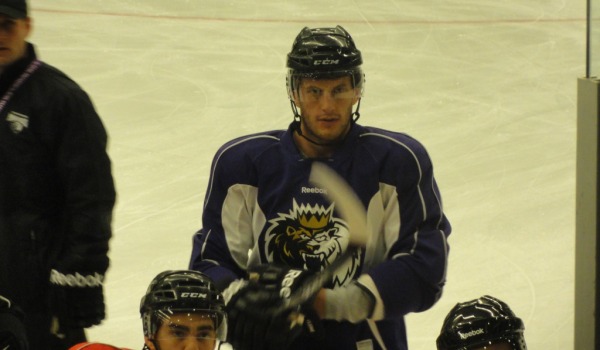 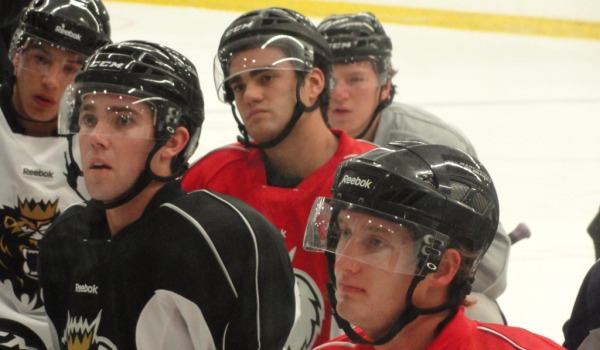 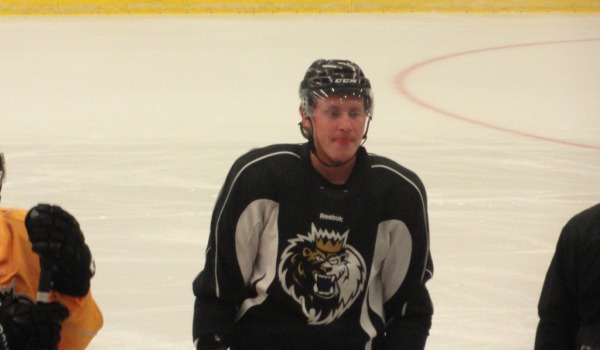 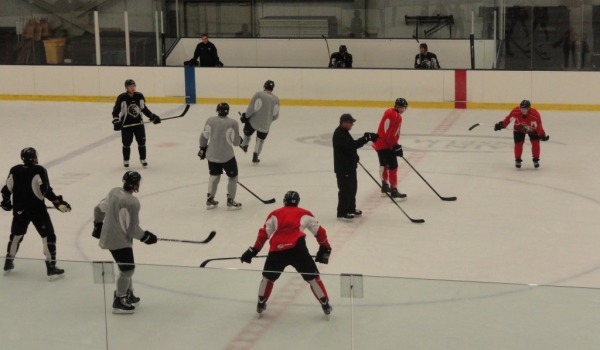 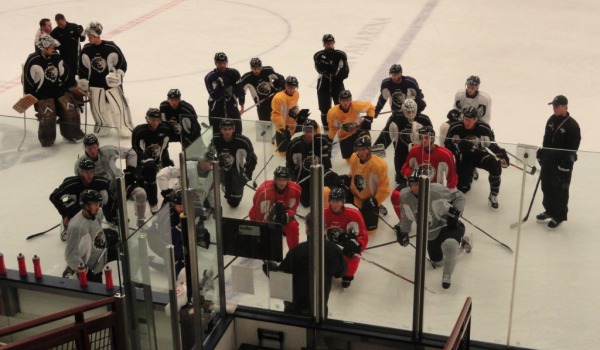 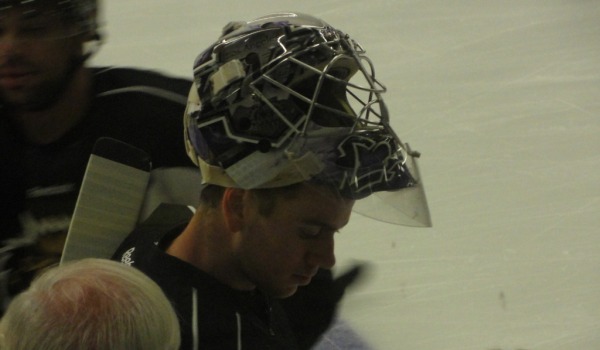 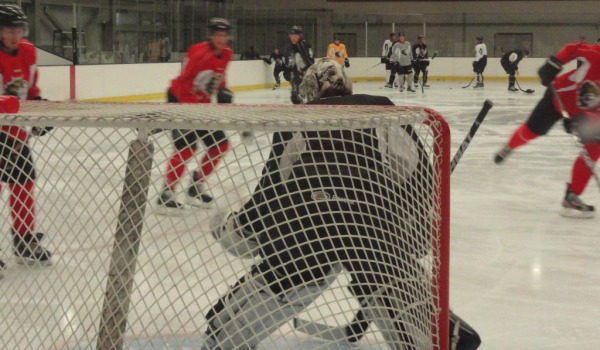 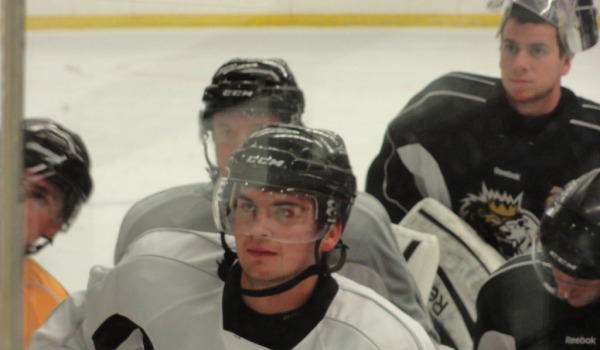 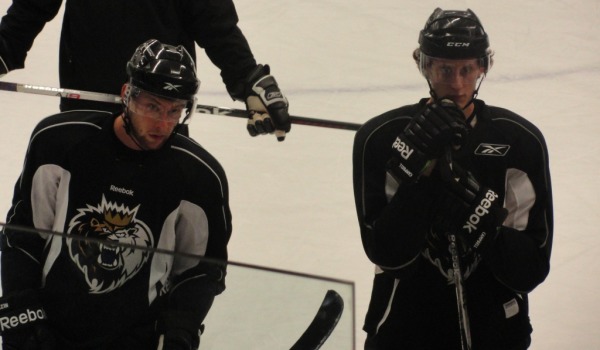 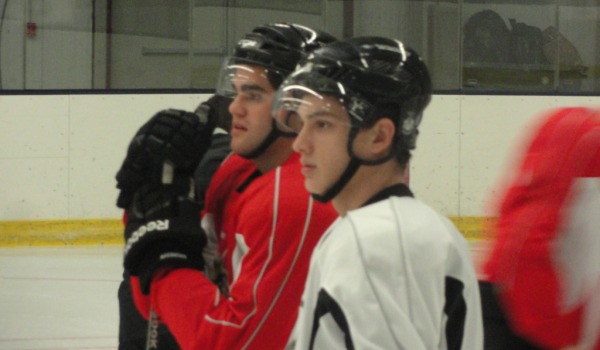 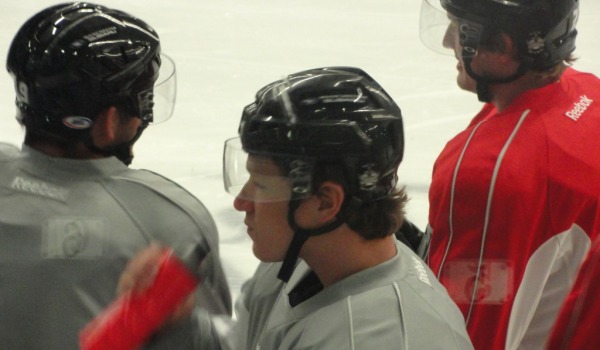 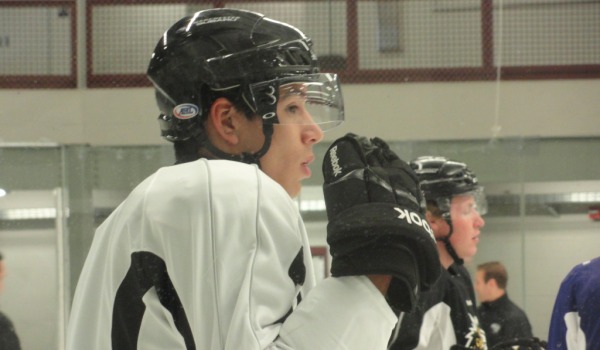 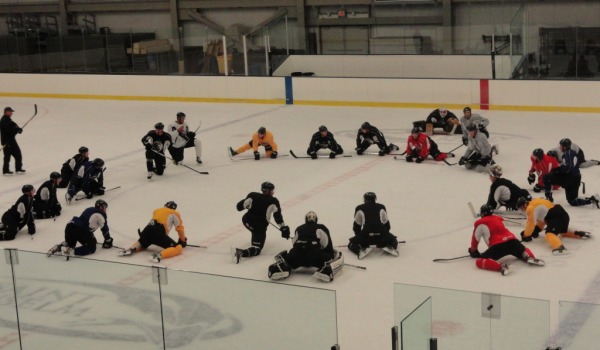 On last week’s MayorsManor show Toffoli discussed his preference for jersey numbers and mentioned that he wasn’t sure what number he’d be wearing this season. Well, that’s been cleared up – he’s wearing #26.

Other recent guests on the show include Jones (linked here – where he talks about the possibility of taking over as the number-one goalie in Manchester this season) and Muzzin (linked here).  The latter was especially entertaining, as the highly talented defenseman talked at length about people’s obsession with his hair and his ongoing ‘battles’ with Toffoli.