You are here: Home / AHL / Monarchs Camp: Day 3 photos – including Voynov working out

Monarchs training camp is now in full swing, with a myriad of LA Kings prospects preparing for their first pre-season game this Friday night.  As mentioned the other day, these are the line combinations being used for the forwards:

We’re scheduled to have Monarchs coach Mark Morris on the MayorsManor show tomorrow. So, we’ll get more info on how he plans to use each player in the early going.

There’s also been one addition to the camp roster – goalie Peter Mannino. He had one game with the Winnipeg Jets last year, but split the majority of the season between the ECHL (Chicago Express) and AHL (with both the St. John’s IceCaps and Portland Pirates). Mannino is in camp on a tryout contract.

Slava Voynov did arrive in Manchester late Sunday and began working out yesterday. Today, he took to the ice for the first time and we should have some photos of that up tomorrow. For now, here’s a look at yesterday’s sessions… 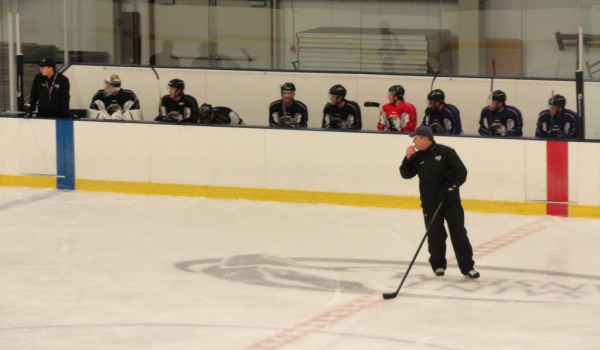 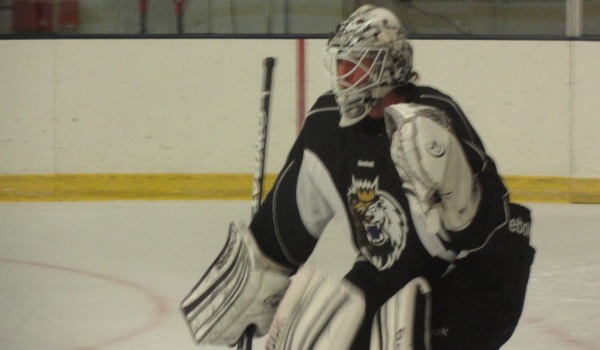 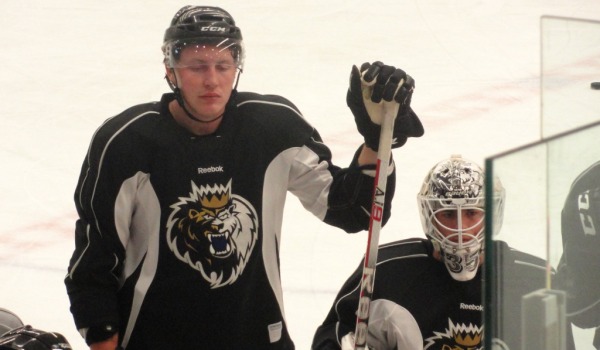 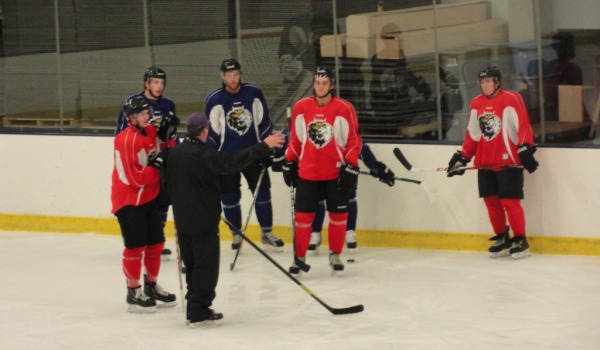 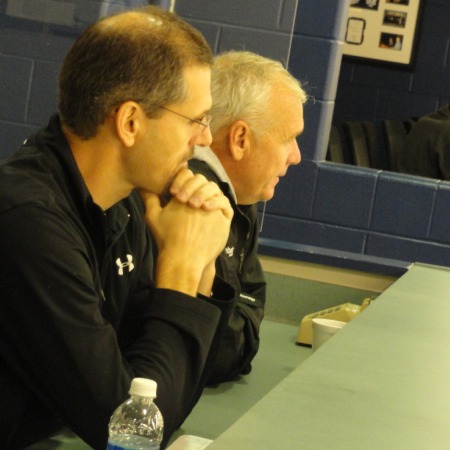 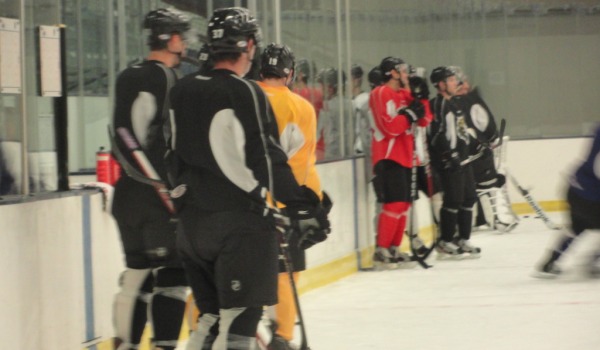 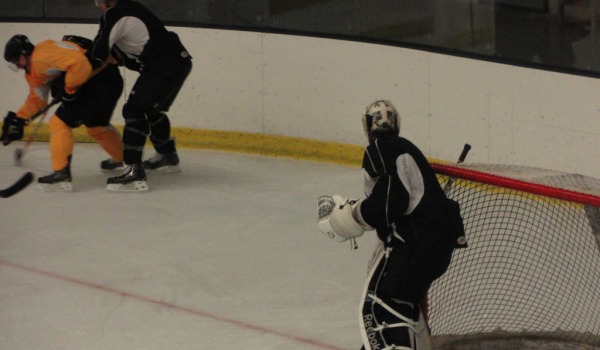 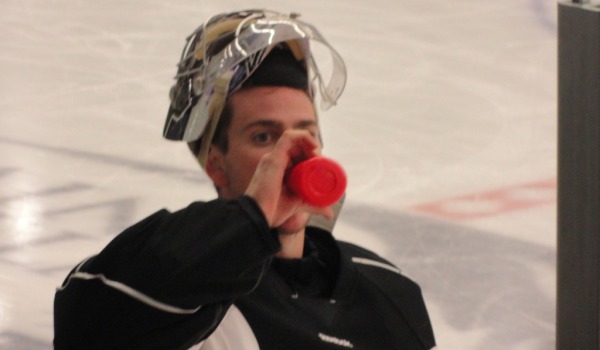 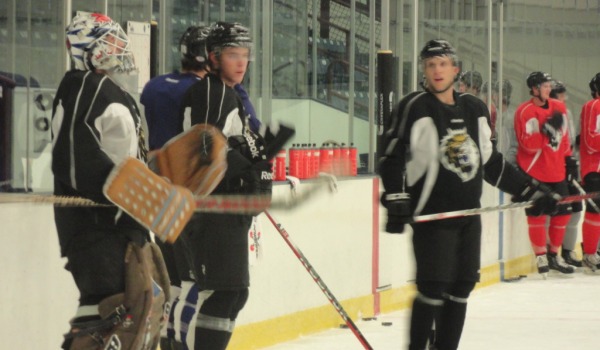 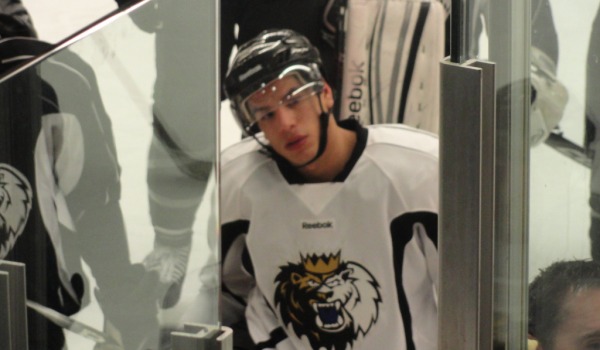 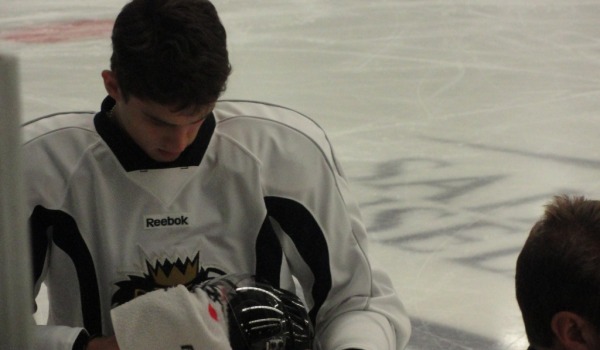 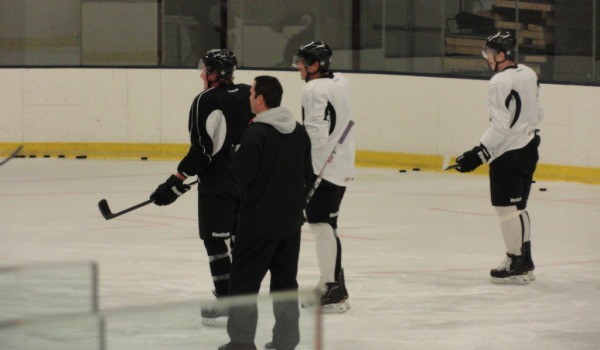 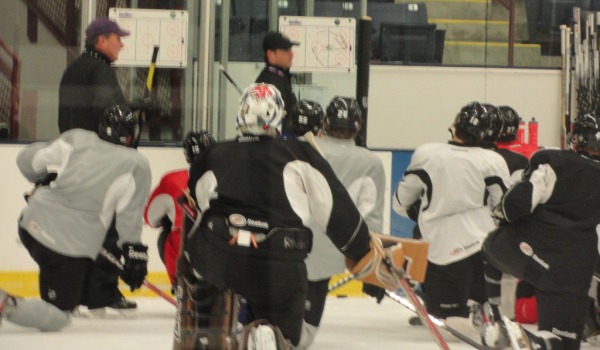 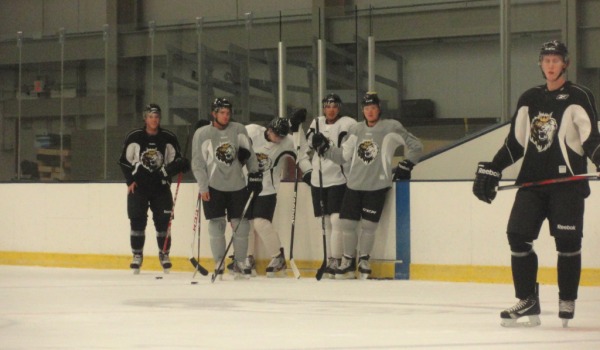 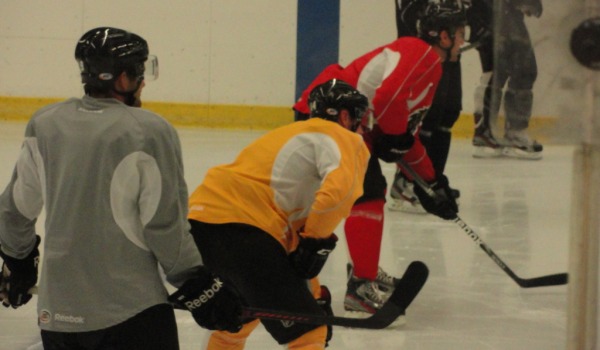 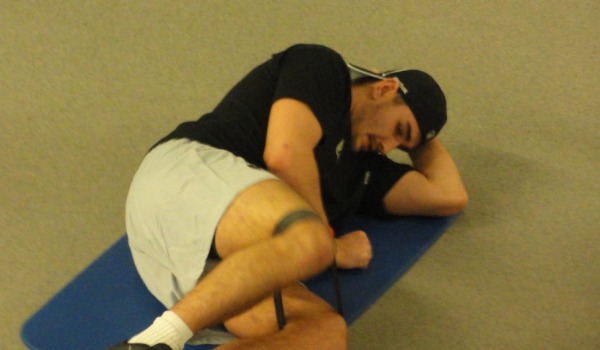 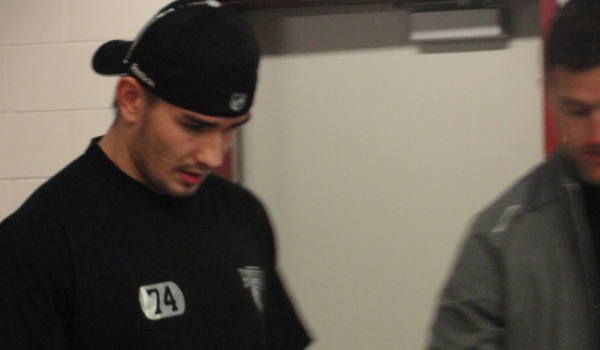 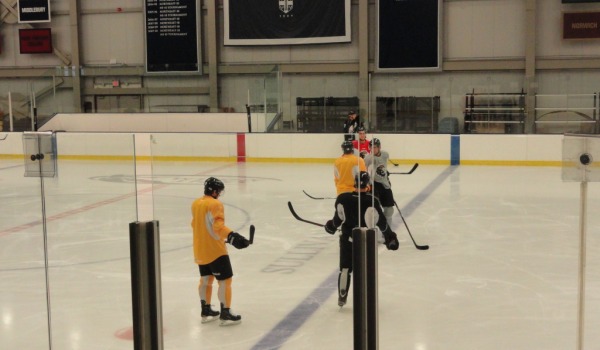 We’ll post more pictures and info as camp continues this week.  If you missed the gallery from day one, click here to view those photos now.