You are here: Home / HockeyBlog / Anze Kopitar’s not sure how to feel about what’s in front of him 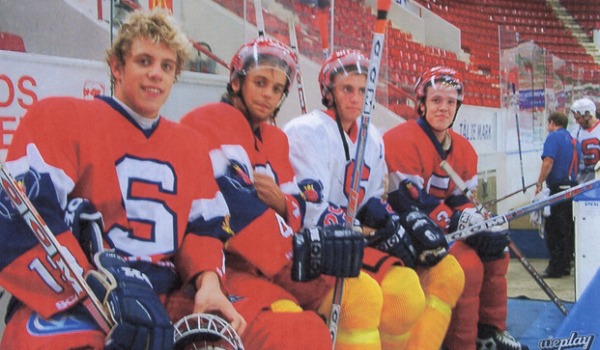 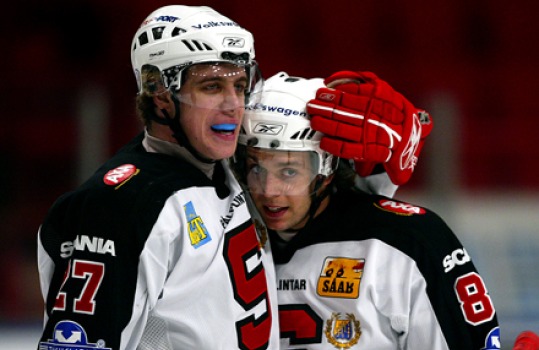 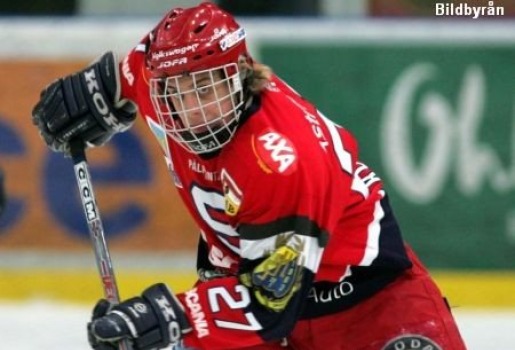 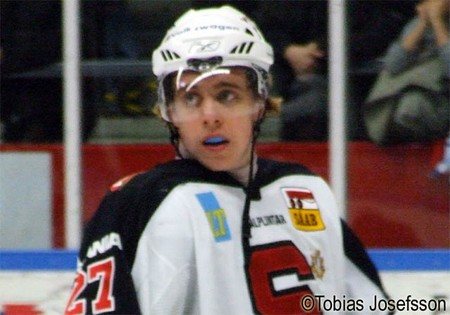 Yes, that’s a baby faced Anze Kopitar in the photos above. Still a teenager and living in Sweden during 2004-2006, he had moved away from his beloved Slovenia at the age of 16 and was playing for Södertälje. After just one year with their junior club – where he led the team with 49 points (28 goals, 21 assists) in 30 games – he was snapped up by the LA Kings in the first round of the 2005 NHL Entry Draft.

However, he stayed one more year in Sweden, playing for the ‘big’ Södertälje club the following season. That was enough though, it was time for him to come to North America and fulfill his dream of playing hockey on the biggest stage possible.

Now, in the fall of 2012, things must truly feel like the best of times and the worst of times. Just four months ago he was raising the Stanley Cup with the Kings, the only professional team he’s ever known on this side of the Atlantic.

Yet a league wide lockout prevents him from joining his Kings teammates in defending their newly won title.

Still, Kopitar has found a positive in the situation, choosing to play for Mora IK in Sweden – the same team who employs his younger brother Gasper…in fact, they’re on the same line.

Since joining the club last month, Mora has posted a 7-3 record and Kopitar has tallied 11 points (four goals, seven assists).

“It’s been a little different over here,” Kopitar explained when we spoke by phone yesterday. “Opponents have been coming up to me after the games, asking me for pictures or congratulating me on last season in the NHL. So, it’s a little different experience.”

Adding to any confusion are his feelings heading into today’s road game vs. his his former club, Södertälje.

Like you’d see in the NHL, some of the guys he played with on that Södertälje team in 2005-06 have moved on to other clubs. Because of that, he’s already skated in games vs. a few of his old teammates – like Gabriel Karlsson, captain of Leksand (a team he played several weeks ago).

Facing his old club though may prove to be the biggest challenge. He knows four guys on the team still, including the rare Slovenian player – forward Ziga Jeglic.

“I don’t think you can compare it to what Mike Richards or Willie Mitchell went through last year,” Kopitar theorized. “But, it’s one of those things that I haven’t done before. So I don’t really know how to feel about it yet. I’m sure at the same time it’s going to be fun. Being back there in that rink again and just the overall experience of being the away team is going to be pretty special.”

Another concept that’s fairly new to him is playing with Gasper – it’s something he seems to have figured out just fine though.

“We’ve never had the chance to play together before,” shared the Kings’ alternate captain. “So it’s fun, obviously, but at the same time its business too. This is his first year pro and I know what that takes. I certainly know what he wants to do here. So it’s been fun and business at the same time. Hopefully we can keep winning some games right now and keep everybody happy.”

They’ll take a four game winning streak into today’s game vs. Södertälje. Along the way, Anze says he hasn’t found too many surprises when it comes to playing with his brother.

“We’ve been working out together over the past three or four summers, so I know his game pretty well. We’ve had the same philosophy the last couple of years now too. If he has a question, I’m open to it. I’m always there to help him, but I’m not going to force them into doing stuff that he doesn’t feel comfortable with. I definitely understand communication is a two-way street. So, if he ever wants advice, it’s OK to come to me. But I’m not going to try to boss him around. He’s definitely a good player and I just enjoy playing with him.”

So if having Gasper as a teammate has been fairly easy, what’s been the biggest challenge in going back to Sweden to play hockey?

“Just getting used to everything again,” Kopitar said. “I’ve been in North America now for the last six years and you kinda forget how everything works around here – the eight or nine hour bus trips are not that common in the NHL. So, it’s a little different and that takes a little time to get used to.”

If this lockout continues for at least a few more weeks, Anze and Gasper will also get a chance to play for Slovenia in the Euro Ice Hockey Challenge, scheduled for November 8-10.

Last week, his father – coach of the national team – announced the brothers as part of his roster for the tournament that serves as a warm-up for next summer’s IIHF World Championships.

“Every time you get a call from a national team it’s an honor to play for your country,” said Kopitar. “I haven’t done it for five years now. So it would be pretty nice, especially playing at home in Ljubljani (Slovenia, where the tournament is scheduled to take place) and playing with Gasper a little more before I go back to LA. But it isn’t what it is. If it happens, it happens. If it doesn’t, it doesn’t. There are s couple of factors that are out of my reach, so we’ll see what it happens.”

The primary factor of course is the ongoing negotiations between the NHL and the NHLPA. If they can come to an agreement quickly, there’s actually a chance Kopitar will be back in LA this weekend for training camp. There’s also the possibility the lockout drags on and he remains in Europe for the foreseeable future.

Either way, he’s kept in contact with a few of his LA teammates – like an occasional text message with Alec Martinez and speaking with Justin Williams.

But make no mistake about it, while he continues to have fun in Sweden, Kopitar can’t wait to get back to LA and see the Kings raise their Championship banner at Staples Center.

He knows exactly how to feel about that event when it finally happens.

More than just 82 games at stake for Anze Kopitar