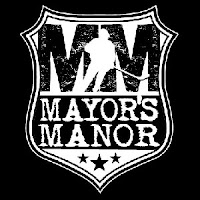 MayorsManor LIVE kicks off a five-week run on Wednesdays later this evening. We’ll be talking about all of the players and teams impacting the playoff races in both the Eastern and Western conferences.

Tonight, we’ll also recap last night’s Kings win in Nashville and look ahead to tomorrow’s big game in Columbus – where Jeff Carter returns to town and a familiar face will be in a strange sweater, as Jack Johnson is now wearing #7 for the Blue Jackets.

To help us preview that game, Kings defenseman Willie Mitchell will stop by with some funny stories about his former D-partner. And Jarret Stoll will share one of Johnson’s quirks when traveling, something that always made Stoll laugh. Plus, Kevin Westgarth will talk about a little pre-game ritual he and Johnson used to perform and who was injured when things went awry.

Dennis Bernstein of The Fourth Period will join me as co-host for another night of hockey talk galore. Call us up – (347) 426-3754 – we want to hear your questions and opinions.

UPDATE:  If you missed tonight’s show, give it a listen in the player below…

Also, if you missed our trade deadline special from a few weeks ago, it’s available for free right here.

We’ll be back next Wednesday at 8pm PST with another show!