You are here: Home / comments / With Quick away, what are the other Kings doing? 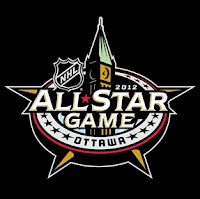 Last season, the Kings had only four days off for the NHL All-Star Game. While they may not have been much time, several players took the opportunity to get out of LA. For example, Kyle Clifford flew back to Toronto to see some family. Taking a shorter trip was Matt Greene, who went out to Pioneertown.

So, with Jonathan Quick away for this weekend’s festivities in Ottawa, what are some of his teammates doing? Let’s take a quick lap around the locker room and find out…

Kevin Westgarth – “A friend of mine is getting married and I’m in the wedding. So, I’m heading there. It’s very exciting actually because it’s great to be able to make it to any one of your friends weddings. It’ll also be a little relaxation and a change of scenery, which is great. I think everybody is looking forward to a little rest. We’ve been getting pounded pretty good with the games and the travel. Even with the homestands lately, it’s been a pretty good grind. A little time off to recharge the batteries will be good for everybody.”

Rob Scuderi – “We just had another baby, so it’s kind of tough to go anywhere. We’ll just stay local and relax and enjoy the time.”

Clifford – “I’m going to keep it real low key, not a whole lot going on. I might head home for a couple days. I haven’t really decided yet. I just want to stay focused with what we have going here…but definitely get some rest.”

Colin Fraser – “Going away with my wife to a snowy climate for some relaxation.”

And Johnson? Well, last year he was excited to get back home to Michigan and sleep in his old bed. This time around, he’s staying local.

“I would go home, but it’s a little far. It kind of eliminates two days because of travel,” said Johnson, sounding like he learned something from his travels over last year’s short break. “So, I’m going to stay here and my whole family is coming into town. I’m just going to relax and stay away from the rink and just hang out with them.”

As for his TV viewing plans, Johnson said he doesn’t have much interest in the actual All-Star Game – calling it ‘kind of brutal.’ Yet, he’s interested in what leads up to it. “The Skills Competition is fun because it actually displays some talent. Having an All Star Game in hockey is tough because, it’s kind of the like the Pro Bowl in football, nobody wants to get hurt and it’s a contact sport. So, the Skills Competition is the highlight of the weekend, as guys will be able to demonstrate the skills that they have.”

Before we even get to either of those events though, first up is tomorrow night’s NHL All-Star Fantasy Draft. One of the team captains, Daniel Alfredsson, stopped by MayorsManor earlier this week for a little mock draft (something we called Alfy vs. The Mayor) – linked here. Tomorrow morning we’ll do some more mock drafts, this time with Westgarth, Johnson and Dustin Penner.

Last year Drew Doughty (link) and Anze Kopitar (link) tried their hand at some mock drafts and it was fun. So, we brought the segment back for a second spin.

For those wondering, there’s no word yet on Greene’s plans yet. If you’re near Palm Springs, keep your eyes peeled.

What I’ve learned so far this season…by Kevin Westgarth

Matt Greene has some New Year’s Resolutions for his teammates