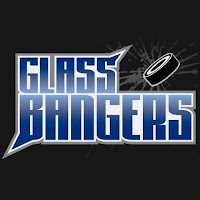 Since the early part of this season, the popular MayorsManor ‘First Goal Game’ has been sponsored by GlassBangers.com, where by one random winner of the game night contest receives a free t-shirt of their choice from the Glass Bangers collection.

For those unfamiliar with the Glass Bangers story, it might not be too unfamiliar to something you and a few of your friends would have done.

Based, in Seattle, WA, the company is run by a several “Joes” and “Josephines,” just a few buddies who love the game of hockey. They often try to focus on the funny side of the sport – with shirts featuring sayings like ‘Fighting Solves Everything,’ ‘I love hockey moms,’ and ‘My hockey mom will beat up your soccer mom.’

Their stated goal is to offer up clever and funny hockey t-shirts that any fan, player, coach or goon can wear. When your favorite jersey is being washed, they’ve got just the shirt to keep you covered.

In addition to their comedy collection, be sure to check out their old WHA t-shirts – including the Indianapolis Racers (Wayne Gretzky’s team before the Oilers), the LA Sharks (yes, LA had them before San Jose) and the New York Raiders (one of the founding members of the WHA, who used to share MSG with the Rangers).

Also available are California Seals shirts (the team Kings’ coach Terry Murray played for back in the early 70’s), a Colorado Rockies shirt (the team Don Cherry coached at one point) and a Kansas City Scouts shirt.

To help you with your holiday shopping, Glass Bangers is offering free shipping on all orders placed before Christmas. Simply, use the promo code “HOLLA” when checking out.