You are here: Home / comments / Is Dustin Penner planning a heel turn? 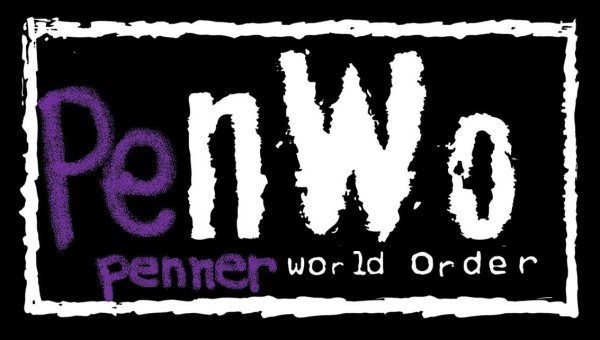 In pro wrestling, one of the keys to any good heel turn is a slow simmering build. It’s as if the audience knows it’s coming like a storm from far off in the distance. They can see it. They’re just never sure if or when it will reach land.

On January 23, 1984 Hulk Hogan won the WWF Championship in Madison Square Garden and he was riding high as the top babyface in the business for the better part of the next decade. Then, in 1994, he signed with rival WCW, based in Atlanta, GA. Two years later, after the fans had already begun to boo him, Hogan turned heel and formed the New Wold Order – more commonly known as the NWO.

In June 2007, Dustin Penner won the Stanley Cup. He was the toast of the town and the Oilers agreed – signing him to a big money, five-year contract to get him to jump ship and come play in Edmonton. Late last February he was traded to LA and PennerMania took off. Kings fans couldn’t get enough of the team’s new left wing.

When his production dried up late in the year though, some fans started to grumble. Throughout the summer he trained, ate his vitamins and said his prayers – and it looked like a new-and-improved #25 was about to emerge. However, injuries have slowed him down so far this season and the once small group of hardcore fans that had turned against him seem to be adding new members at an alarming rate.

During a casual conversation with Penner after practice yesterday, something interesting happened…

“Feeling really good,” said the big left wing. “It’s getting better, I haven’t had a setback.”

As a player, when you watched the two road games this week, did you see anything different?

“Yeah, I think anybody would agree that you can see the game differently when you’re watching your team play, as opposed to playing. The guys who are sitting out, we don’t feel what they feel on the ice. We (only) know how it looks to us on TV or in the press box. We played two pretty good road games. That may not have been our best game against Dallas, in my estimation. We had a two-nothing lead, that’s a learning point for us – when you’re on the road and you’re up two-nothing, how to cinch down and close those out.”

How motivating is it for the top-six guys when the secondary and tertiary scoring starts kicking in – like Willie Mitchell and Kevin Westgarth scoring on the trip?

“I can’t speak for Kopi and those type of players on our team, but I think when you see the other guys score, it takes a little pressure off of you, whether you know it or not. Maybe it’s even subconsciously. When Mitchie gets a goal there, Kopi goes out and maybe he can concentrate more on his defensive play, rather than having to score the game winner.”

Any idea when you might get back into the line-up?

How about the jersey changes – the other day you went from yellow to red, now you’re wearing purple. Any significance there?

“Maybe a little underlying hint,” said Penner. “Yellow was for Hulkamania. Now, purple is for Pen.W.O!”

Is a heel turn coming?

Better get the new t-shirts ready.