You are here: Home / comments / LA Kings vs Flyers – what to watch for… with Ian Laperriere 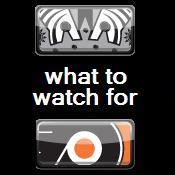 There’s probably nobody in hockey I’d rather speak with. He offers zero cliches and no b.s., just raw emotion and straight ahead honesty.

Sure, several players, both past and present, are universally liked. However, if you look hard enough, you can usually find a small pool of people who dislike certain guys – for whatever reason, logical or not.

Lappy is different. And he has been since he first arrived in Los Angeles in 1996. You show me one person who has EVER had a bad thing to say about him and that will be the first.

The guy is as real as they come.

He’s been on MayorsManor a number of times, including his still popular guest spot on the podcast last November and again earlier this summer – when he stopped by to set the record straight about Mike Richards, in the days following the big LA-Philadelphia trade.

With the Flyers hosting the Kings tonight, who could possibly be better to kick off our ‘what to watch for’ segment today?

Here he is, the one and only…

MM: Philadelphia is known for being a great sports town. Yet, the fans can be tough. What type of reaction do you expect them to give Richards when he comes out of the locker room for the first time?

IL: I think they’re going to applaud him. He was captain here for a couple of years and well liked. I don’t think there is going to be any booing or anything like that. (Donovan) McNabb was way more controversial here than Richie was and they applauded him when the came back in town. So, I have a hard time seeing them booing Richie.

MM: How is Wayne Simmonds fitting in?

IL: He’s fitting like a glove! I knew by trading for him and the way he plays – he’s hard nosed, he goes to the net and he fights – he’s a Flyers kind of guy. He’s a Philly kind of guy too and even though it’s only been a few games, they’ve seen quite a bit of what he’s all about. He had a really good fight in the second game (against David Clarkson of the Devils). And he scored a big goal in that game too. He’s in your face, he’s intense and people like that, which is good. It doesn’t surprise me.

MM: You’ve been really high on Kyle Clifford when we’ve spoken in the past. He used to sit right next to Simmonds in the locker room in LA. What do you think the chances are those two end up in a scrap tonight?

IL: I don’t think you can try and plan that ahead of time. You never know what can happen in a game.  But, in today’s game, you don’t have those big match-ups – where you just know two guys are going to fight for sure. You don’t have that anymore. Now, it’s more about the emotion and how the game goes (that determines) if something is going to happen. But, I doubt that those two are going to look for each other. They might find each other because something happens during the game. But, I don’t think you can plan for that ahead of time.

MM: Many expected Brayden Schenn to be the rookie getting lots of attention in Philly this year. However, so far, it’s been Sean Couturier. What have you seen from him so far?

IL: He’s surprised me every night with his maturity. He had his first point on Wednesday night, but he does way more than that and that’s what’s surprising. That’s why he’s still here, it’s not for his points. It’s how great he is defensively and how responsible he is. There are people who say they see Jordan Staal in him. If he does become Jordan Staal, I think the Flyers are going to laugh (note: translation, they’ll be pleased). He was drafted number eight overall and there are some people back in Quebec who say he was a steal at number eight. I can see why now too. I watched him play a couple of times last year (in the QMJHL), but to see him play here, he doesn’t look out of place at all. In game one against the Bruins in Boston, he was on the ice for the last minute of the game and we were up by one goal. That shows a lot of confidence by his coach. But, on the other hand, if he wasn’t getting the job done, the coach wouldn’t be putting him out there.

MM: With Richards leaving, the Flyers obviously needed to give the ‘C’ to somebody else this year. How is the team adjusting to Chris Pronger as captain?

IL: I don’t think it’s that big of an adjustment. Prongs takes a lot of room in the locker room, like he did the past two years. But, that’s Prongs. I’m a big fan of Chris Pronger for one reason only – he’s a winner. We’re in the business of winning and there’s no better guy to lead a team to win. If you look at his resume, he’s won the Cup once, yes – but, he took three teams to the Finals. He was a big part of all those runs. There’s some people who don’t like him. Well, like him or not, at the end of the day, he’s a winner. So, I think there’s no better guy to be the leader of this team right now.

Your day, your week, your life is now better for spending those few minutes with Lappy.

Be sure to check out some of his other visits to MayorsManor – covering a wide variety of topics.

Several of those articles are linked below, as well as interviews with another former member of both the Flyers and Kings, Dave ‘the Hammer’ Schultz.

Mike Richards – ‘Laperriere guided me in the right direction’