You are here: Home / NHL / Blues / Blues at LA Kings – what to watch for II with Johnson, Greene 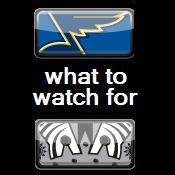 Earlier today we heard from Jarret Stoll, Anze Kopitar and coach Terry Murray – who offered their thoughts on the keys to tonight’s LA Kings vs St, Louis Blues match-up.

While Stoll spoke of needing to play ‘pissed off’ about the fact the Blues defeated the Kings in all four games last season, Murray and Kopitar seemed to be more focused on having the team worry about their own game plan, and less on the one of their opponents.

Yet, it was Jonathan Quick who brought up something that you don’t hear goalies talking about too often – the physicalness of the opposing team.

As a follow-up, here are some thoughts from four of the Kings more physical players in a special second edition of ‘what to watch for’…

Matt Greene – “We just need to get ready to work. They’ve changed a lot of things. But, what St. Louis always has is a real hard working team. They’ve always had that and they bring a lot of energy to the game. So, I think it’s going to be a tough game to play, like it always is – a gritty game. We need to meet their intensity and be ready for a tight, tight close game.”

Kevin Westgarth – “We were 0-4 against them last year, so that’s embarrassing – especially losing two at home. To make the playoffs, you need those points and we’re looking to get them this year. There’s definitely a bit of a chip on our shoulder from how things went down last year.”

Kyle Clifford – “Like any other game, you come in and you work hard. We haven’t seen them yet this year, but we’ll do our homework and we’ll be prepared.”

To read the comments from Stoll and others posted earlier today, click here.

Also, we will be running our ‘first goal contest’ later today. So, while you’re there, post a comment with who you think will score first tonight for the Kings and you could win a free t-shirt.