You are here: Home / hockey / Remembering Pavol Demitra – as exciting as they come 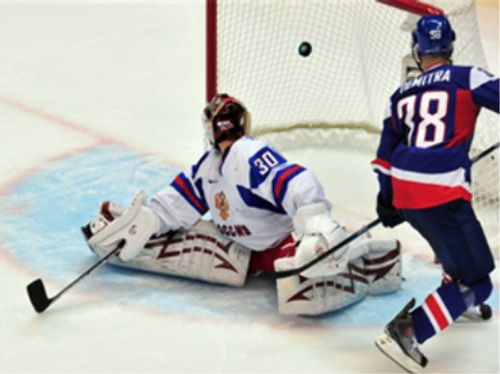 In what was absolutely devastating news to the hockey world today, we all learned that a tragic accident occurred in Russia – killing more than 30 members of the KHL’s Lokomotiv organization.

Among the lives lost was former LA King Pavol Demitra.

It’s interesting when you think about it, some players are part of a team for years and really don’t make much of an impression. Others, in a relatively short time, can become very memorable.

Demitra was the latter.

He played only 58 regular season games for the Kings, during the 2005-06 season. However, he posted 62 points – third best on the team – and was the only point-a-game player on the roster. Additionally, his 25 goals were just one shy of leader Mike Cammalleri – who played in 80 games.

Demitra also led the team with a plus-21 rating. And a remarkable five of his 25 goals were scored short-handed.

Needless to say, when he was on the ice, fans and opponents paid attention.

From his spectacular head-fake shootout goals, to scoring a hat-trick on hat night, he knew how to make an impression on those watching the game.

Regardless, he wasn’t long for the Kings organization. Originally signed as a free agent in August 2005, he was dealt to Minnesota at the 2006 NHL Draft.

The move came with a bit of controversy at the time and was Dean Lombardi‘s first big swing as the new Kings’ General Manager. In return, he received Patrick O’Sullivan and a first round draft choice – which became Trevor Lewis.

Demitra eventually landed with the Canucks prior to the 2008-09 season. In a playoff game against Chicago that May he inured his shoulder, causing him to miss much of the 2009-10 season.

Yet, he knew that the 2010 Winter Olympics would be his swan song on the international stage and put in the necessary work to make it back in time.

Having played in five World Championships, two World Cups and two Olympics previously – from the outside looking in – this looked to be the last hurrah for a Slovakian team that featured many players with current and former ties to the Kings – including Demitra, Michal Handzus, Ziggy Palffy, Lubomir Visnovsky and Jozef Stumpel.

The Slova-Kings were, by far, the most exciting team to watch at the Olympics.  Canada and the U.S. may have played two of the most thrilling games, but it was the ageless Slovaks who played inspired hockey throughout the two weeks.

Demitra led all players at the Olympics with 10 points (3 goals and 7 assists).

Selected highlights from the tournament included a win over Russia in the early games, with Demitra scoring in the seventh round of the shootout (pictured above, as he put one past Ilya Bryzgalov…video of the goal can be found in a link down below too).

In the moment that will live forever in my brain, Demitra nearly beat Team Canada in the semi-finals. Trailing 3-0 after two periods, Slovakia scored two goals in the third to make it a close game. Then, with nine seconds left he was robbed by Roberto Luongo on a shot that should have gone in.

That was pretty much the final time most North American hockey fans would see Demitra.   He signed on last summer to play in the KHL and today’s flight was scheduled to take him and the team to their season opening game.

It’s with a heavy heart that we say goodbye to #38.

video of Demitra being robbed by Luongo…