It’s time for the return of the Yooper.

Ray Kaunisto, a 6-foot-4 left wing, played 57 games for Manchester last season, the Kings’ AHL affiliate. He had 14 points (8 goals, 6 assists) and finished with a minus-6 rating. Not exactly numbers that will shoot him past Brandon Kozun or Tyler Toffoli on the depth chart.

“To be realistic, I’m not a top-two liner,” Kaunisto says.

He knows his role and he’s sticking to it – “I like to be a defensive forward and I think I’m getting better at that as a pro – after being good at it in college.”

With four years at Northern Michigan under his belt, he signed with the Kings as a free agent in March 2010.

Even though the odds may be stacked against him flying to Europe with the Kings to start the season, he’s had a straight forward approach to training camp this week.

“How I look at it is, I come to camp and I do what I can,” said the 24-year old, who hails from the Upper Peninsula area of Michigan. “I’m going to go out there and play rough, I’m going to hit and try not to turn the puck over. I want to be good in my own zone. I’ll try to put in a couple of goals and be there for my teammates. If it doesn’t work out here – I hope to make the team here, that’s what everyone hopes here – but, I know that may not be the most realistic thing right now. The step after that is, go to the AHL and be a top player there.”

Right before camp opened though, he had to ship something back home – his wife. Married over the summer, the Mrs. was in town for a few days.

“She took a flight back to Vancouver for the next couple of weeks though.”

Earlier this summer, he also told us she was a big Ducks fan. So, how does he know she didn’t just head down the I-5 towards Anaheim to go check out their training camp?

“She might have snuck off that plane. You never know,” replied Kaunisto.

Although it didn’t make his bucket list, one of his stated goals this summer was to convert her to a Kings fan. Any luck?

“I think she’s a lost cause,” he quipped. “She likes goalies in the first place. So, we’re just on a totally different page there. She’s a fan of goalies and the Ducks, so I just don’t know what to do. I just won’t talk hockey with her anymore.”

With her out of SoCal now – supposedly – he’s taken to rooming with Rich Clune. Has there been any chirping going on back at the hotel?

“If you chip Cluner, he might give you the People’s Elbow from the other bed. Kozy’s (Kozun) always a good target because I know he’s not going to hit me with anything.”

Kaunisto saves most of his hits for ice these days, even though he’s rather do it as a center than his current wing position.

“I feel more comfortable at center,” explained Kaunisto. “In college it’s a little bit of a different system. It’s more guys running around like crazy. Just learning the pro game, everyone isn’t always in the right spot. It’s a lot harder to defend guys who are this good and this patient with the puck.”

Back in college, his point total also was much different as a center.
“I think it’s because I have a lot of speed coming through the neutral zone, coming through the middle. I want the puck all the time. So, when I’m at center, I can just curl low, get the puck from either the ‘D’ or the winger on the breakout. I like to carry the puck and I think that carries to a lot of points because I can just dish to the side, take a shot or go to the net. I’m always a guy who goes to the net when I play center.”

It’s not just the offense he can display at center, he thinks he’s a better defender from that position as well.

“The hardest part about playing wing is not seeing what’s coming from your back,” Kaunisto said. “When you’re getting a breakout pass to the d-man, you don’t know where that d-man is behind you, stepping down at the blueline. At center, when I get the puck, my head is already up – looking up ice. So, I know where everyone is at. A downfall of my game is I don’t have the best vision out there. When I’m at center, I’m looking up, my toes are pointed up ice and I can see everything in front of me. At wing, there’s always guys coming at your back that you can’t see. So, a lot of times I’ll get the puck poked off my stick or I’ll try to through a pass through the middle to a centerman and it will get picked off by their F3.”

Putting it simply – “I need to learn a few more things in the d-zone at center. Then, hopefully I’ll get my chance there again.”

With Corey Elkins and Oscar Moller not returning to Manchester this season, he plans on lobbying Monarchs coach Mark Morris to move back to center.

He’ll leave that for a face to face conversation.  Most of his other thoughts these days end up on twitter.

Occasionally, people can take offense to things written on twitter. Has he had to block anybody yet?

“No, not yet. I’ve probably been blocked a few times though.”

His approach on twitter mirrors his approach when playing – “If somebody chrips me, I chirp back.”

There will probably be plenty of that on the ice at Staples Center tomorrow night, as he’s penciled in on a line with Marc-Andre Cliche and David Meckler.

Then, he’ll probably follow it up with a tweets after the fact.

The first round of roster cuts are expected the next morning. If he’s still around on Sunday and gets to play against the Ducks – now, that could be interesting.

Rich Clune says prospect Brandon Kozun ‘has a fire inside him’ 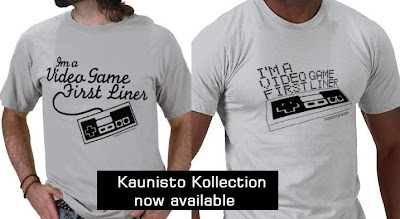