You are here: Home / comments / Date Night with your Los Angeles Kings 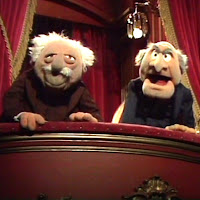 What started as an innocent conversation with Kings prospect Jake Muzzin quickly spawned an idea for an article.

Life as an NHL prospect probably isn’t as glamorous as it may seem at times. Over the last two weeks, guys from all across North America have been housed out of a hotel in El Segundo, CA (which, for those of you reading this article out of state, let’s just say – it’s not Hollywood).

By day, they’ve been been working hard on and off the ice, under the tutelage of head coach Terry Murray and his entire staff. By night, well – they’re starting to go a little stir crazy in their 20×20 rooms.

During out little chat, Muzzin encouraged me to go see ‘Moneyball.’ He says it very good, especially the work by Brad Pitt. On the other hand, he strongly does not recommend ‘Drive,’ saying it was too slow.

After practice today, Ray Kaunisto was already looking ahead – revealing he plans on taking Brandon Kozun out for ‘date night’ later this evening.

To get some varied perspectives from around the room, here are comments from a few of the other Kings prospects…

Tyler Toffoli – “We saw ‘Contagion,’ I wouldn’t recommend it. It was really slow.” (Jordan Nolan started laughing in the background and shaking his head side to side. He didn’t approve of the flick either.)

More from Toffoli, now talking about the pros and cons of hotel life – “It’s always nice when somebody makes your bed for you everyday. That’s a plus. But, it kind of sucks having to eat out every day.”

Nic Deslauriers – “There have been some long days over at the hotel. But, at least you’re hanging with the boys. We went to see ‘Warrior.’ That was pretty good. Actually, it’s been a long time since I’ve seen a good movie like that. I’ve heard some good things about ‘Moneyball’ too. So, tonight we’re going to go see that one. We’re just trying to spend a little less time at the hotel.”

Deslauriers on food – “There’s not a lot of places to eat around the hotel. So, sometimes we go down to Manhattan Beach. Trying new things and new places, that’s the key.

Kaunisto on food – “I’ve been eating kind of junky. I’ve been eating pretty bad – Chipotle, IHOP and The Habit are all close to the hotel. So, I make my way down there and try to keep my calories up.”

Jeff Zatkoff – “Fortunately, one of my good friends is Alec Martinez. He has a place here, so I’m able to get away from the hotel. I’ve been out to the beach a couple times here and there. I’m not just sitting around.”

[note:  I’m a little surprised Martinez still invites him over, considering the stunt he pulled in Manchester – explained here]

Finally, one prospect who’s not even here in camp had some thoughts on part of the topic. Nicolas Shore, drafted in the third round this past June, is back in Colorado attending classes at the University of Denver.  Last night, he tweeted ‘Warrior lived up to all the hype. Seriously go see it.’

I think at this point I’m supposed to say something like ‘And from the balcony, those are your movie picks for the weekend.’

Muzzin at Kings Camp – ‘Hey Jake, what’s up with that hair?’