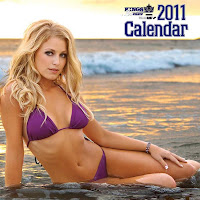 Soon after the Stanley Cup parade takes place in some North American city, it happens.

Fortunately, the early part of the off-season has a hat-trick of activities that can partially keep the fire stoked via the NHL Awards, NHL Draft and start of free agency.

Then, today comes. People flip the calender to August – well, those that still literally do things like that – and realize there’s not one thing scheduled even partially resembling the sport they love.

Bare with us though. You can do it. Make it another 30 days and look what’s on the other side…

Hang in there. You can do it.

In the meantime, be sure to keep up to date this summer with all the news and inside information right here on MayorsManor. Just this weekend, we had an exclusive interview with Colin Fraser about his injuries, the Dodgers James Loney talked about his desire to play hockey at Staples Center and Rich Clune shared his thoughts on Bud Holloway leaving the Monarchs for Europe.

And there’s lots more to come…