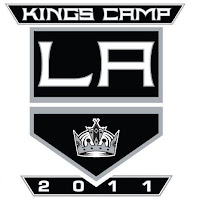 Well, as you (should) know by now, the Kings annual summer Development Camp will be in full swing today at their practice facility in El Segundo this morning.

The basic schedule is as follows:

All of the Kings younger prospects – junior players, college players and kids from Manchester – will be on the ice. Some of the names attending include Tyler Toffoli, Brandon Kozun, Derek Forbort, Jordan Weal and Martin Jones.

I’ll have live reports today and tomorrow at www.twitter.com/MayorNHL  and on facebook. If you can’t come down and take in some of the action, don’t worry – MayorsManor has you covered.

In addition to all the pre-camp interviews that have been posted over the last week or so, we’ll have plenty of new interviews following the on-ice sessions today and tomorrow.

If you missed any of the conversations with various prospects, coaches and GMs that went up over the weekend, check out the links below.