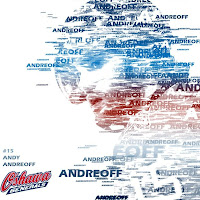 With their second selection in this year’s NHL Draft – number 80 overall in the third round – the LA Kings selected 6-foot-1, 198 pound center Andy Andreoff from the Ontario Hockey League.

After posting 11 and 15 goals the two previous seasons, Andreoff exploded this season for 33 goals and 42 assists in 66 games for the Oshawa Generals.

He’s an older player, who was originally draft eligible in 2009. However, he went unselected that year.

In the annual OHL Coach’s Poll he was recently voted the East’s most underrated player and the third most improved player.

Scouting reports suggest he’s most likely a third line center with a very heavy shot, but he usually passes first.

He also is strong defensively and finished second in the OHL with seven shorthanded points.

Given his age, he’ll most likely play with the Manchester Monarchs next season in the AHL.

To skip ahead and see who the Kings selected next click here.

Interview with Monarchs ‘Man of the Year’ Bud Holloway