You are here: Home / draft / Details on Ryan Smyth’s ‘Official’ Trade to the Oilers 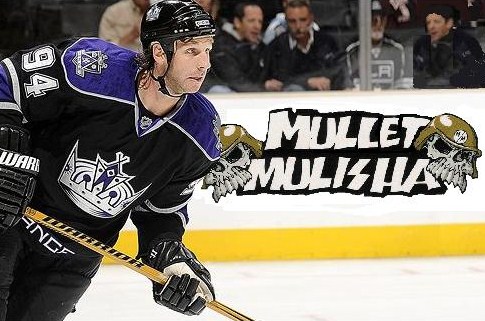 The week long, back and forth, on-again-off-again saga is now complete and the Kings ended up with basically what they wanted (given that Smyth had asked out) – cap flexibility for the free agent window opening next Friday.

Make no mistake about it, Smyth will be missed by the Kings. In 149 regular season games with the team he amassed 100 total points (45g, 55a). So, say what you will about his speed, the fact remains he was a top goal and point producer on a team that sorely needs more offense. Not to mention the fact that he plays left wing.

At the moment, the Kings have Dustin Penner, Scott Parse and Kyle Clifford down the left side. Taking nothing away from the trio, that isn’t enough to strike fear in the hearts of most opponents. Unless of course you’re talking about going toe-to-to with the Colonel.

Thus, expect another move – free agent or trade – to fill the hole, most likely to complete the second line of Mike Richards and Dustin Brown.

As for this deal, the Kings received center Colin Fraser and a seventh-round pick in 2012. Fraser has 41 points in 224 NHL games, including three goals in 67 games last season. He’s on the books for one more year at $825,000.

He was previously with the Blackhawks for four seasons, including during their Stanley Cup run in 2010. On a side note that shouldn’t shock anybody – he was originally drafted by…wait for it…the Philadelphia Flyers.

The bigger story here though is Smyth. Just like he helped teach the Kings’ young players a thing or two when he arrived in LA, he should be a welcome addition to an extremely young Edmonton team.

This will probably be Smyth’s final year in the NHL and similar to Luc Robitaille getting one final go around with the Kings, it seems only fitting that Smyth goes out an Oiler.

What Shoulda Been – Ryan Smyth vs. the Oilers

Smyth’s been here before with a few of these guys

Smyth is playing ‘off the stat sheets’