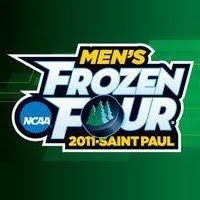 It’s a game that several of the current Kings will be watching, namely Matt Greene and Jack Johnson. Greene went to UND and of course, Johnson went to Michigan.

Other former college players on the Kings roster this season include every defenseman not named Drew Doughty and forwards Scott Parse, Dustin Penner and Kevin Westgarth.

And then you have a whole group of more guys in the system, like Jeff Zatkoff – starting goaltender in Manchester.  Just a few years ago he was roaming the campus of Miami University (Ohio) with defenseman Alec Martinez.

So, with that in mind, here are the Kings All-Time, All-College first and second teams…