You are here: Home / hockey / Kings v Sharks by the Numbers, Plus a Prediction 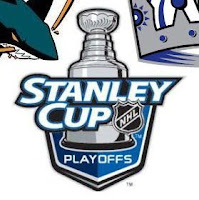 Every year it’s the same thing, once April rolls around you start to wonder ‘Where has the time gone?’ It seems like just yesterday training camp was opening and roster questions were starting to sort themselves out.

Funny thing, with the Kings set to start their first round playoff series against the Sharks this Thursday, it looks like once again the LA roster is starting to take a different shape than just a week ago.

To the surprise of many, it appears right wing Justin Williams will be available to play in game one. And to the shock of just about everybody, left wing Scott Parse could follow soon thereafter.

What does all of this mean and how do the two teams match-up in other areas?

That’s what we look at below – the teams head-to-head. It doesn’t matter how many points the Sharks generated this year or how many shutouts one goalie had over the other. What happened in the 82-game regular season doesn’t mean much at this point, with one exception. Well, actually, six exceptions – and those are the six times the two teams met.

Offense – No doubt the Kings will miss Anze Kopitar. However, as noted a few days ago, he didn’t have one goal against the Sharks in five games this season. Dustin Brown led all players with four goals, while the Sharks had three players tie for their team-lead with three goals each (Patrick Marleau, Joe Pavelski and Devin Setoguchi) in the LA-SJ regular season series. San Jose scored 18 compared to the Kings 13 non-shootout goals. Yet, the season was split 3-3 and most notably, five of the six games were either tied or separated by just one goal after two periods. The Kings best game was a 4-0 shutout in San Jose at the end of December. The Sharks best game was a 6-1 drubbing just a few weeks ago. The three games played between those two were all one-goal games. All said, the offense tends to favor the Sharks.  Oh yeah, one more thing, Scott Parse had one goal this season in five games played. Who was that against? Yes, the Sharks. Just Saying.

Defense – The Kings have the best defensive group in the Western Conference. All six of their blueliners can be matched in any possible combination without losing effectiveness. Each brings something unique to the table too – Matt Greene‘s physical play (second most hits on the Kings), Willie Mitchell plays a complete game, Rob Scuderi is a defensive specialist and so on. Jack Johnson and Drew Doughty will get the most attention, but this is as solid of a group as you’ll find in the West. Thus, obviously, the defense favors the Kings in this match-up.

Special Teams – This is a push. The Kings have the better penalty kill, while the Sharks have the better power play. In the regular season series LA scored just two goals in 17 attempts with the man advantage. On the flip side, they shut down San Jose on 11 of 14 penalty kills. Last year the Kings entered the playoffs with a meager 5-on-5 attack. This year, they need to find a way to score more 5-on-4 goals.

X-Factor – It’s easy to say Justin Williams or Dustin Penner, but I’ll say Jonathan Bernier is the difference here. When Quick has a bad period or a bad game, the temptation will be too great to not try and mix things up by going with Bernier. Coach Terry Murray didn’t have this option available to him last year and won’t hesitate to change out his goalies in an attempt to get the team back on track. For that reason, the rookie goaltender will make a mark on this series. Will he rise up, ala Robb Stauber in the ’93 Playoffs? That’s the question.

Prediction – The teams will split the first two in San Jose, then do the same thing in Los Angeles.  The Kings will pick up wins in games five and six to close out the series.  Believe it.

Without Their Top Player, Kings Down Sharks in Game One

Kings vs. Sharks Preview with Joe Thornton – his visit to MayorsManor earlier this season

Paining by Numbers with Ryan Smyth – he looks back at his 1,000 games in the NHL

Kings vs. Sharks – What Could Happened, Has Happened