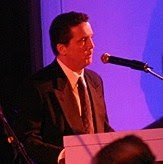 Kings GM Dean Lombardi met with a group of about 500 season ticket holders – whom he repeatedly referred to as the team’s shareholders – at their training facility in El Segundo, CA Sunday morning.

And if you’re wondering, yes – he did get the Flyers and baseball references worked in too.

Here are some of the key highlights:

(note: all comments were from Lombardi unless otherwise noted)

* He repeated the ‘Scott Parse is one of our top-3 skilled players’ line, originally used at HockeyFest last September.

* [topic: Marco Sturm] The biggest thing with Sturm was mental, it’s tough coming back from an injury like that. “Not everybody is like Tony Granato, who was like a kamikaze pilot when he came back.”

* When Parse went down with the injury at the start of the season Lombardi set his sights on three players – Sturm, Penner and one other player (unnamed). The unnamed player was probably not going to be available and it would have cost the Kings quite a bit to pry him from his team. In hindsight, he said he probably should have sent Sturm to the minors first. However, Bruins GM Peter Chiarelli said that wouldn’t have been an option because he had a deal in place with the Washington Capitals if the Kings didn’t acquire him (remember, Sturm had to waive his no trade clause to come to LA – so, he probably wouldn’t have waived it to start in Manchester)

* [Why is Richard Clune in Manchester and not on the NHL roster?] Hextall took this one and essentially said ‘Kyle Clifford took his spot.’

* [What’s wrong with the power play?] It’s many things – need to gain the zone more with possession, battle in front of net, and the team is short on skill (i.e. compared to Vancouver). Plus, if Drew Doughty had played the first half like he has lately, the conversion percentage would be higher. Plus, you need “really skilled players to become unpredictable on the power play and we’re a little short there.”

* [Why can’t the Kings start their home games at 7pm like the Ducks?] McGowan said the concern is people won’t be able to arrive for the games on time due to traffic, etc. However, starting weekend games at 7pm is something they’re considering for next year.

* [Thoughts on head shots and fighting in the league] Lombardi: “I’ve already been penalized $50,000 AND I’m on probation. So, let’s hear from Ron Hextall on this one.” Hextall went on to explain that players need to have more respect for each other and fighting is an essential part of the game.

* When Hextall was finished speaking, Lombardi quipped “There was a lot of fine-worthy stuff last night (against Vancouver.” He went on to say if there was a mic next to him during the Canucks game “it might have been a $100,000 fine game.”

* Regarding Hextall saying there is too much diving and faking in league, Lombardi added “Wayne Simmonds and Kyle Clifford are two of the most honest players” in the league.

* Lombardi is not a fan of all the rumor mongering that goes on in sports today and society as a whole. Specifically, he said don’t read any stupid rumors you hear before July 1st – Drew Doughty isn’t going anywhere! A new contract will get done at some point. There has been dialogue. They just haven’t landed on the ultimate numbers yet.

* [Oscar Moller] He made the team two years ago because the Kings weren’t a good team. Now, he is learning what it takes to make the NHL. It’s exciting to watch Andrei Loktionov and Moller together in Manchester. If you watch a Monarchs game, “you don’t find Loktionov on the ice, he finds you.”

* [Will small players like Moller, Jordan Weal, Brandon Kozun, etc. ever get a shot in LA?] I know we get accused of being Flyers-West, but we’re not looking to only ice a team of guys 6’4″ or taller. Moller and Loktionov are very creative players and I expect one or both of them to eventually make the NHL.

* [The large number of Canucks fans at Staples Center on Saturday] “We have to get a better product so we never have that many Vancouver people in our building again!”

* [Dustin Penner] Without the pressure of the big contract he was playing under in Edmonton “he can go back to just playing good hockey” and thinks he’ll be a good fit for the LA Kings.

* [Will the Kings be interested in Brad Richards come July 1st?]  I don’t want to be fined anymore that I already have.  So, sorry, I’m not going to comment on any players currently under contract with another team.

* [Derek Forbort] Hextall says the Kings first round pick last June is probably three to four years away from making the NHL. He had a decent first half of his freshman college season (then was very ill), had a mediocre World Junior tournament and has played better of late for the number one ranked team in the country, University of North Dakota (including a multi-point night over the weekend).

* [Thomas Hickey] “This is the first year the coaches in Manchester trust him” and that’s part of the reason they’ve made him the assistant captain. Besides the injuries, over the last few years he’s been trying to justify his draft slot. He needs to work on “skating and creating his own space on the ice.”

* Finally, the baseball reference – “We don’t want to be like the Kansas City Royals” where we develop great players and then aren’t able to resign them.