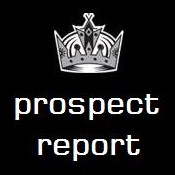 Being able to acquire Dustin Penner on Monday for a prospect and two draft picks just goes to show how deep the Kings development pool is these days under GM Dean Lombardi.

In part, LA could afford to trade defenseman Colten Teubert (a former first round pick) because of the wealth of young talent on the blue line – including Thomas Hickey, Viatcheslav Voynov, Jake Muzzin, Andrew Campbell, Alec Martinez, etc.

And while Brayden Schenn has been stealing most of the spotlight this year among forwards, there’s plenty of other news to go around…

* Yesterday afternoon the AHL announced that Brandon Kozun of the Manchester Monarchs had been named February’s Rookie of the Month.  The speedy right wing, taken in the sixth round of the 2009 NHL Draft, has been playing well all season in Manchester, culminating with eight goals and seven assists last month, for 15 points in 13 games.  He also picked up a point in nine of his last 10 games.  He is now tied for third among AHL rookies in goals (19) and points (38).  After scoring 107 points with Calgary (WHL) last season the big question was could he do it at the next level.  Seems so.

[In a related note on a former prospect, Patrick O’Sullivan was named the AHL Player of the Month – when he was in town with Minnesota in December he stopped by MayorsManor and said “I think I can play in this league and contribute. So, I was happy to come somewhere where I was going to have a better opportunity” when talking about being on his fourth NHL team in less than a year (full interview here).  Trades are always difficult to evaluate the day they’re made, but in hindsight, Lombardi clearly got the better end of the O’Sullivan for Justin Williams deal]

* Like Kozun, another player questioned coming into the NHL Draft was Jordan Weal of the Regina Pats. Some scouts wondered if his 100+ point season last year had more to do with playing alongside Oilers prospect Jordan Eberle. Others believed in him and felt the Kings picked up a player far better than his third round selection would indicate. Weal has silenced most critics this year by putting up 32 goals and 48 assists (80 points) in 63 games. The Pats probably won’t make the playoffs this year, so he could make an appearance in Ontario (ECHL) or Manchester at the end of the season.

* Tyler Toffoli, the Kings second round draft choice last June, recently became the first player to score 50 goals in the OHL this season (you can watch him score it in this video).  He continues to lead the league in goals and his second in overall points (95), eight points behind the leader.  His Ottawa 67s remain one of the top teams in the Eastern Conference and are primed for a long playoff run – maybe even a Memorial Cup.  As of now, pencil him in as Schenn’s future winger.

* Speaking of Schenn, he was just named the WHL Player of the Month – and why not, he scored 13 goals and 19 assists (32 points), was a plus-9 and was voted as one of the three stars of the game seven times.  Full press release here.  He was traded to Saskatoon, his hometown team, in January and hasn’t looked back.  The Blades remain the top team in the WHL and should have a long trip through the playoffs.

* On the college front, Derek Forbort will wrap up the regular season this weekend when North Dakota visits Michigan Tech for a two-game series. The Kings first round pick in 2010 has patrolled the blue line for the Fighting Sioux (Matt Greene’s alma mater) for 29 games this year as a freshman, picking up 13 assists – but still looking for his first NCAA goal.  They’re the #1 ranked team in the country, ahead of Rob Scuderi’s Boston College.  If the two teams can meet in the NCAA Championship game next month, it will be a re-match of the 2001 Finals, when Scuderi ‘s squad won the title.

Forbort was one of three Kings prospects to earn a medal at the recent World Junior Championships, along with Schenn and Maxim Kitsyn.  Following the tournament he stopped by MayorsManor to talk about the experience (interview available here).