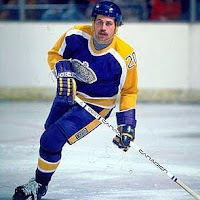 When it comes to the Kings blueline, there’s Rob Blake at 805 games played, followed by Mattias Norstrom at 780.

He also has the second most assists, third most points and fifth most penalty minutes by a defenseman in franchise history.

His career saw him go from being drafted by the Kings, shipped to New York after eight seasons in LA, then back to the Kings for their run to the Stanley Cup Finals in 1993 and eventually behind the bench in a coaching role that lasted more than 10 seasons.

He first appeared on MayorsManor over the weekend, talking about the Kings power play struggles this season and the play of Jack Johnson and Drew Doughty.

He returns today for an extended conversation about life since the arrest, who has reached out to him, his earliest memories as a King, playing for the Rangers, the toughest guys in the NHL, the development of Kyle Clifford, the day Rob Blake resigned the captaincy, how that situation was handled, we break down the 1993 playoffs by round, plus he shares one of the best pranks he was ever part of and much more.

Take a listen below.

NOTE: The sound quality was not as good as normal, we did our best to clean it up during final editing

ALSO AVAILABLE as a free download on iTunes – START HERE