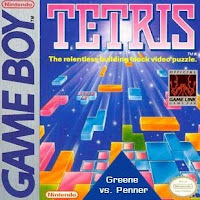 When Dustin Penner arrived in town last week he made it clear – he was here to help the Kings win games, score some goals by using his size, listen to the coaches, play the team’s system…and challenge Matt Greene to some ping-pong.

However, Greene quickly turned down the challenge, claiming he was ‘retired’ from the game because he doesn’t continue doing things he’s “not good at.”

How about a different contest though?

MM: We know you turned down the ping-pong challenge, but Penner also says you’re pretty good at guitar hero too…

MG: I don’t know, I’m a little bit out of practice with video games. When he was living with me (in Edmonton) that’s when it first came out. So, that was all the rage.

MG: Yeah, now I think I’m back to Tetris on the GameBoy.

MM:  Well, that’s much easier to bring on the road. Maybe you two can square off this week during the trip…

MM:  In all seriousness, what’s the outlook for the road trip?

MG:  We need points. There’s no real formula for what we’re doing right now. I think every team needs them. We just have to go out and get wins.

MM:  Is there any way to recapture the ‘road magic’ from the 10-game stretch last month?

MG:  Let’s hope so or else we’re going to be in trouble. Everybody’s winning so we have to keep doing it too. We have to get points on the road and at home. It’s going to be a race to the finish.

That sprint to the end continues tomorrow night in Detroit, where the Kings will be looking to avenge the beat down the Red Wings gave them in Los Angeles last Monday night.