In what is almost becoming a broken record, the Kings prospects are at it again.

Now this – Tyler Toffoli and Linden Vey finished atop the scoring races in their respective leagues today.

Vey, taken in the fourth round of the 2009 NHL Draft and currently playing for the WHL’s Medicine Hat Tigers, posted 46 goals and 70 assists. His 116 points topped Tyler Johnson (Spokane Chiefs) and his 115 points.

Medicine Hat will begin their first round playoff series with the Schenn-less Brandon Wheat Kings on Friday night.

Also worth noting is the fact that Jordan Weal (drafted by the Kings in the third round last summer) finished fifth in the WHL scoring race.  It was his second year in a row placing in the top-5, after finishing third last season.  He’s expected to be assigned to Manchester in the next few days, as his Regina Pats team didn’t qualify for the playoffs.

Over in the OHL, Toffoli finished his season with 57 goals and 51 points. However, his 108 points were tied by Jason Akeson of the Kitchener Rangers – and even though Toffoli more than doubled Akeson’s goal total (57 to 24), the OHL does not use that as a tie-breaker. Thus, they’ll be recognized as co-champions.

Just for fun, guess who Akeson was drafted by… that’s right baby, the Flyers.  So, the connections never seem to end between the two teams these days.

Toffoli was taken by LA in the second round of last year’s NHL Draft.  Meanwhile, his Ottawa 67’s team will enter the OHL playoffs as the second seed in the Eastern Conference, behind fellow Kings prospect Maxim Kitsyn and the top-ranked Mississauga St. Michaels Majors.

The 67’s first round series vs. the Sudbury Wolves begins Saturday. Coincidentally, the two teams ended the regular season against each other today, with Ottawa winning 7-3 – including four goals from Toffoli.

NOTE: Both Vey and Toffoli will be guests on MayorsManor in the next few days. If you have a question for either, please submit it via email using the ‘contact’ tab near the top right corner of this page.

For more information on the Kings prospects and their junior seasons, check out the Kings Weekly Prospect Report from a few days ago (part one and part two). 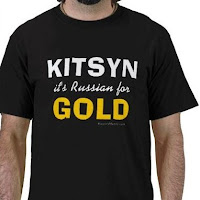