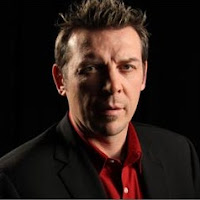 When you think Flames vs. Kings it’s hard not to conjure up an image of Theo Fleury.

He brought more passion to a single game of hockey than some players bring in an entire season. Over multiple teams in a career that lasted more than 1,000 games in the NHL, he epitomized the line ‘You hate him, unless he’s on your team – then you love him.’

There’s no denying his success on the ice. He finished his career with 455 goals, hoisted the Stanley Cup and won an Olympic gold medal with Team Canada.

Just hours before the Kings play another critical game in Calgary tonight, I had the honor of speaking with Theo about a variety of topics, including several of his projects away from the game of hockey.

Of course, we often found our way back to the NHL though.

Regarding some of those legendary contests back in the late ’80s, early ’90s, Theo was quick to point out “I loved playing at the Great Western Forum, especially after they acquired Gretzky. The atmosphere was always electric, even though many people there didn’t like me.”

Flipping the tables a bit, I asked which NHL players he likes in today’s game. Fresh off the NHL All-Star Draft last weekend, what would Team Theo look like?

“Marc-Andre Fleury, my brother from another mother, would be in goal. Shea Weber and Duncan Keith on defense. Up front, Sidney Crosby and Alex Ovechkin, paired with Jarome Iginla.”

Still loyal to the Flames after all these years.

Although it provided a perfect transition for us to talk about the persistent rumors that Iginla might be traded soon. It’s a business – something Fleury knows having been traded himself (he says he never wanted to leave Calgary, but there were money issues) – so, while he knows it’s a possibility, he just doesn’t envision a scenario where Iginla gets moved. Even more so, he’s insistent that Iginla deserves to retire someday having spent his entire career with the Flames.

Be sure to check out his book Playing With Fire. He lays it all out there and takes readers inside the mind one of the most intriguing players to ever grace a sheet of ice.

RELATED CONTENT: Interview with Kerry Fraser – he tells a very raw and emotional story about Fleury as a NY Ranger