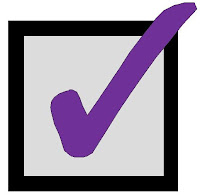 Call it a check mark game.

* When their just completed 10-game road stretch began it looked like the Kings would need about 15 points to legitimately climb back into the Western Conference playoff race. With a 3-2 win in Anaheim last night they hit the mark square on, 15 points. check

* Teams expect big performances from their best players at this time of the year. The game was tied 2-2 after two periods on goals by Ryan Smyth and Anze Kopitar for the Kings, Teemu Selanne and Corey Perry for the Ducks. Superstars rising to the occasion. check

* A few days ago, defenseman Willie Mitchell spoke at length about his disappointment with the team’s lack of focus vs. the Islanders. His final comment was “It will be up to our leaders and our coaching staff especially to make sure the group is ready” for the game vs. Anaheim. And who stepped forward with the game winning goal? Willie Mitchell. Leader. check

Now, the Kings will play 14 of their remaining 22 games at home.  Yet, as Mitchell would probably warn, that won’t make things any easier.

They’ll play Minnesota tonight, with both teams tied at 70 points.

Then, ten of the games left will also be played against Pacific Division opponents.

So, the Kings control their own destiny. It’s up to them.

Kings Players on Their Favorite Memories in Anaheim – with Kopitar, Doughty, Simmonds, etc.

Kings vs. Ducks: The First Time it Mattered This Much

Ranking The Ponda and The Other NHL Buildings