You are here: Home / hockey / Kings at Pens By the Numbers, plus Video Highlights 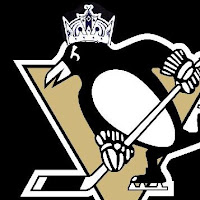 Although Kings coach Terry Murray declined to share his point goal for the road trip prior to the team leaving for Pittsburgh, I’ll stand by my previous mark of 15 points in the 10 games played before they return to Staples Center on February 24.

They picked up a point tonight, losing to the Penguins with less than 20-seconds remaining in overtime. Put simply, they left an extra point on the ice.

So, they’re off to Washington with six points in the books after four games.

Here’s a breakdown of the game’s other key numbers, followed by some video highlights…

0 goals from Anze Kopitar now in the last 10 games

1 goal could have been scored by Alexei Ponikarovsky, if only he got the puck up

2 shots by the Kings in the entire second period

5 penalty minutes each for Wayne Simmonds and Kevin Westgarth

13 shots by the Kings in the first period, one goal

15 th goal of the year for Jarret Stoll

21 blocked shots by the Penguins

44 in blue, Orpik, should have been called for a penalty with about a minute left in overtime

71 not on the ice for the Penguins

87 not on the ice for the Penguins

Be sure the check out the new podcast with former King forward (and current Penguins assistant coach) Tony Granato – linked here.  He shares many stories about his time in LA, including detailed memories and perspective on the team’s 1993 playoff run and thoughts on several teammates.

Alexei Ponikarovsky on Returning to Pittsburgh