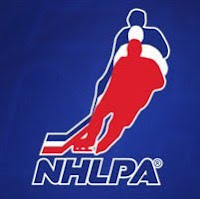 Negotiations on a new labor agreement are already underway in the NFL, with the NBA not far behind.

And right around the corner will be the NHL, as the current deal has one season remaining.

NHL players weren’t happy with their previous leadership and ousted Paul Kelly from the Player’s Association in rather controversial fashion back in August 2009.

After courting Donald Fehr, the former head of the Major League Baseball Players Association for several months, he finally agreed to come on board in December as Executive Director of the NHLPA.

Recently he’s been touring North America hosting almost town-hall like meetings with player agents and the last stop was today in Los Angeles – where the agents for LA Kings’ forwards Anze Kopitar and Dustin Brown participated.

MM:  I would assume most of the meetings held in various cities have had a similar overall tone and message.  Was there anything unique about the sessions today?

DF:  Well, the purpose of today was for me to meet the agents, to see them in a small group and get to the point where I could get to know some of them…and ask some questions and hear what’s on their mind. Their concerns (today) are, in most respects, similar to what the agents voiced at the other meetings. There are always some particular things that come up because of individual clients though.

MM:  One person I spoke with earlier today noted they were impressed with how you’ve made such an effort to get to know the guys who have played just 20 games in the league as much as you have the big names like Sidney Crosby and Alex Ovechkin.  Is that by design or is that just part of your make-up as a person?

DF:  You can’t successfully have an association which bargains good agreements unless you’re representing all the players. It’s just that simple. I did that for my entire career in baseball and I’m not about to change it now.

MM:  I understand you’re touring the NHL arenas as well, hoping to eventually see a game in every city.  Are you taking in any junior or college games also to get a feel for life as a prospect?

DF:  I was at the World Juniors in Buffalo. It was quite extraordinary.

MM:  Now that you’ve completed the ‘agent tour’ what are the next steps?

DF:  There are no particular objectives coming out of this meeting. As you go forward the job is to continue to acquire information, continue to educate the players, meet with them and eventually – over the course of the next several months hopefully – come up with a bargaining approach to the owners that will lead to an agreement. That’s basically what we have to do.