You are here: Home / comments / What the Others Are Doing 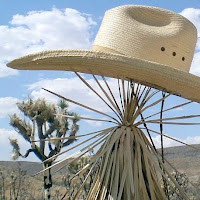 After last night’s 3-2 shootout victory over the visiting San Jose Sharks, the Kings will be enjoying some much needed time off for the next four days.

Well, everybody except Anze Kopitar – he’s heading to the NHL All Star Game in Raleigh, NC.

What are the others doing? Take a look…

Jack Johnson – I’m going home. I’m really excited about being able to go home for a few days to refresh, recharge, see some buddies and sleep in my own bed.

Drew Doughty – Nothing too special. I’d like to go home, but worrying about getting back here on time with all the snowstorms and stuff like that, it’s kinda risky to go home. So, I’m just going to stick around here (LA) and maybe do some things around the area that I haven’t done before.

Michal Handzus – I’m getting out a town for a little change of scenery. We need to refresh ourselves. That’s what everybody is trying to do.

Kyle Clifford – I’m going to fly home and see family – keep it real low key. Then, I’ll fly back to Minnesota (to join the team).

Ryan Smyth – I’m going to spend some quality time with family. Obviously, the schedule is favorable with that right now, with four days. It’s a long drawn out season and the family gets put on the back burner. So, it’s a huge focal point to spend it around the area here.

Matt Greene – I’m going to Pioneertown. It’s a place in the middle of the desert. I guess it was built for some old movie sets. There supposed to have a full working saloon. So, my girlfriend and I are going out to the desert. We’re going to take in some music and enjoy some time off.

Coach Terry Murray has some pretty big plans himself – he’ll be working on the Kings offense, something he described in greater detail in an interview here.