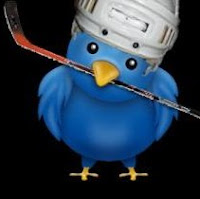 Team Lidstrom came back from being down 4-0 in the first period to defeat Team Staal 11-10. Patrick Sharp was voted the game’s MVP and the Kings’ Anze Kopitar had two goals.

Kudos to all the changes the NHL put in place this year, especially the draft on Friday night. Overall, it was a great weekend.

As for the game itself, well – leave it to the fine people on twitter to bring some unexpected humor to things. Here are my ten eleven favorite tweets that appeared during the game on Sunday afternoon…

@DaveLozo – So clearly someone needs to drop the gloves for Team Lidstrom. (note: this was after they went up 3-0)

@Real_ESPNLeBrun – Fleury thinks it’s the second round of the playoffs vs. Montreal

@LAKingsGM – #NHLAllStarGame made me realize that every #NHL team should have 1 Sedin. #cloning

@DennisTFP – Only 1 winner from Guardian project – Stan Lee’s agent. @NHL should hire him as head of business development, dude is a closer.

@twolinepass – y’know, i never thought I’d see the day a 3 doors down show was the better of two intermission gimmicks

@cyclelikesedins – The Get Jeff Skinner a Goal saga is starting to reach “over-hyping a friend before a blind date status.”

@jprutherford – Bud Selig has announced that the Stanley Cup finals will be played in the city of the player who scores the game-winner in All-Star game.

For what it’s worth, I disagree with Strangis. I voted for Kopitar.