You are here: Home / comments / Terry Murray – Weekend To Do List 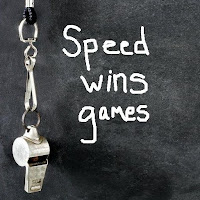 In the end, the Kings were able to finish the month of January on a high note.

After a dismal 2-6 homestand a few weeks ago, they’ve now won three in a row – two against division opponents.

The road ahead won’t be any easier. They’ll be spending the next four weeks away from Staples Center, playing ten games.

So, while most of the hockey world will be focused on the NHL All-Star Game in Raleigh, NC over the next few days, coach Terry Murray is looking forward to using the time in ways that can improve the Kings.

MM: Assuming you’ll be reviewing offense, defense, the power play and many other aspects of the overall game – is there one particular area you’re most excited to spend some extra time on?

TM: Yeah, I want to try to build some more speed through the middle of the ice. I think at times we get a little stagnant, a little stale with a stationary look – where we’re one-touching the puck quick deep off a quick counter. It’s deep to get a forecheck going, but now we have to build our speed to recover that puck. Sometimes it’s too late. So, I’d like to continue to push that part of it. In fact, what we’ve been doing the last few days in practice is to generate more foot speed and more movement from all three forwards, rather than one or two. That’s a focus we’ll continue on pushing as we get out of the break and back into practice and playing games.

MM: To push speed up the middle – does that mean you might think about moving Andrei Loktionov back to center, where he was playing with Manchester?

MM: How about the goaltending while the team is out on the road for the next month – do you have a rough plan of how many games you’d like to get Jonathan Bernier into?

TM: I haven’t thought about how many games he’ll get. But, he will play. In fact, he’ll probably play the first game out of the break. I don’t have a number though, where I’m sharing the net every second game or anything like that. I don’t think it will work that way. He will play games. There’s no doubt we have some heavy travel in there and it’s going to be very demanding. So, he just needs to keep himself ready and keep pushing his game in practice to improve his game and he’ll get his opportunities.

Murray appears to have the team back on track and obviously, hopes they can pick up where they left off.

As for Bernier, in a previous interview here he talked about possibly needing more playing time to build his confidence. He’ll get his first shot next Tuesday vs. the Minnesota Wild. Yet, regardless of how he plays, he probably won’t be getting another start for 10 days – until the Kings have back-to-back games in Washington and Philadelphia.

The defense has looked better and the goaltending has looked solid lately. Now, if Murray can improve the offense a little, the Kings can start making a playoff push and more importantly, be in a good position to add some assets around the February 28 Trade Deadline.

He has his work cut out for him though, that’s for sure.

Terry Murray – A Student of History?