You are here: Home / hockey / Recap of Dean Lombardi on NHL Live 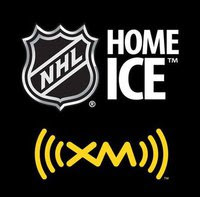 * When I first got here I was shocked by how passionate the core fan base was. A real test of your fan base is how things go when you aren’t doing well. They’re a very passionate group. They’ve paid their dues and they deserve a winner here.

* How do you feel about the team right now? I went through this building process in San Jose and having that experience (of growing pains) makes it a little easier to emotionally and rationally work your way though it. The second year is the toughest (the year after you make the playoffs). The first year you’re able to sneak up on people, team’s don’t respect you and there’s no real price for failure. The second year you come back is totally different.  Learning to deal with the expectations people put on you is tough. It’s always harder in life to do things with expectations versus accomplishing something without expectations on you.

* The spiking (streaks of wins and losses, like 12-3 start or recent losing streak) is something you usually don’t see.

* Dealing with success is harder than dealing with failure. When we were 12-3 it’s easy to get complacent or start believing your own press. You have to learn from it.

* Each individual has to figure out what they have to do to be the best they can be.

* From management on down you have to stick with it. When you get through it you’re going to be a lot stronger. I do have faith in this group. They have the talent and they care. They are capable.

* With today’s game and the way things are with the cap, the structure of the league, etc. – trades are important. But, they’re a smaller part of the job nowadays, particularly when you’re trying to build an infrastructure and a culture.

* As a practical mater, trades aren’t the answer. I’m aware of our physical abilities and what we’re lacking overall as a team that controls its destiny of being a contender. But, in a 30 team league people don’t have the depth to make a move without creating another hole for themselves. The idea is to make a trade that makes you stronger overall, not stronger in one area while creating a hole someplace else.

* To move pieces around for the sake of moving pieces around isn’t the right move. When everybody is still in the playoff race, it’s hard to make deals. It’s hard to fill one hole without creating another one. That’s the hard part.

* The easier trades to make are when you’re doing a philosophical change (i.e. blowing up a team). We went down that path already – trading veterans for draft picks. These are sometimes the only trade partners you can find. If you make a move just to make a move, 99% of the time you’re going to do something stupid.

* We continue to look, of course. However, there is little to nothing out there right now.

* A big part of this job is keeping your wits about you and keeping everybody focused.  Emotion is a big part of this game, on and off the ice.  It’s good to be emotional, but not when it clouds your judgement.  I was very fortunate to have Harry Sinden, Cliff Fletcher, Bill Torrie and Lou Lamoriello around me when I was a young GM.  They taught me patience and to do the right thing – how to build a winner.

* When I was in Philadelphia, to be exposed to Bobby Clarke was incredible. His ability to focus and do the right thing was powerful.

* We’re in some critical teaching moments right now. You’re going to find out about their (the players) mental toughness and mental maturity. Players, coaches and managers have to believe and they have to see their way through this. Some players need confidence and some need a kick in the but. They care, but right now they’re not caring the right way.

* I just spent two weeks in Manchester checking in our young guys.

* We’ve had very general discussions with Drew Doughty’s agent regarding a new contract, but nothing is pressing.  The plan is still to try and keep the core together as long as possible. We don’t want to have a short run and then go through hell again.  A deal with Doughty will get done at some point and he’ll be a King for a long time.

* We’re trying to do two things here, get the players to come together and build a culture.  Detroit already has a culture.  Once you have that, it’s invaluable.  In a cap era, there’s no cap on mental toughness and culture. There is a cap on talent.

* I don’t buy this two year window concept. Maybe it’s stubbornness, but Detroit has found a way around it. You need a strong culture.

* Brayden Schenn needed to do what he did at the World Junior tournament, even though Canada “collapsed in the end.” That’s the type of talent he is and that’s where he needs to be.  When we finally sent him back the big message was he had to learn how to play in his own end, not just score points. That’s critical when you’re a center.  He’s in a great environment now in Saskatoon.  There’s pressure in his hometown to win, so he’ll learn some mental toughness.

* Andrei Loktionov and Schenn bring great creativity. We’re lacking that right now, the connect the dots guys. Look how long Detroit left (Jonathan) Ericsson in the minors and they even covered Pavel Datsyuk in the beginning with Steve Yzerman there. Leaving Schenn down for another year was the best thing for his development.  Ultimately, you want to slow things down if you can (rather than rush young players to the NHL).