You are here: Home / NHL / Bruins / Quick Back To Making History for the Kings 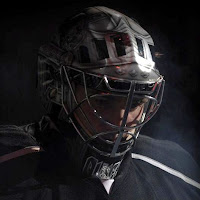 Goaltender Jonathan Quick set a number of team records for the Kings last season, including games played (72) and wins (39).

Well, he was back to his old tricks again Saturday night in the Phoenix desert.

Actually, it was Glendale. But, that’s beside the point.

Two weeks ago he earned his 19th victory of the season in a 6-4 slugfest over the Columbus Blue Jackets.

Five attempts later he picked up his 20th win (a 4-3 win in Phoenix) – becoming only the third goaltender in franchise history to do so in three straight seasons. Rogie Vachon accomplished the feat six times (1972-78) and Kelly Hrudey did it three times (1989-92).

Not bad for a guy who’s really only a third year pro.

It’s been well documented that LA has gone 3-10 over the last 13 games, a stretch that started back on December 29th with an embarrassing 6-3 loss in Phoenix. On a personal level, it’s the only game Quick has been pulled from this season. So, if that was something eating away at him, perhaps the monkey is now off his back.

The larger issue at hand though is can the Kings create some positive momentum from this game and come out strong on Monday vs. the Bruins?

About a year ago Quick out-duelled Boston’s Tim Thomas in one of the more exciting games at Staples Center last season. Coming into the game there was some hype around the two netminders who were just weeks away from joining Team USA at the Winter Olympics. That day though, Boston took a 3-1 lead into the third period. The Kings came storming back to tie it, forcing overtime and ultimately a shootout.

Anze Kopitar, who had scored the tying goal in the third, went first in the shootout and used his signature ‘can opener’ move to put the puck between the legs of Thomas (video here). Quick didn’t allow anything past him and the Kings won the game 4-3.

He also picked up a little piece of team history that afternoon as well, becoming the fastest goalie to 30 wins in a season (54th team game).

At the time, it allowed the Kings to maintain a two-point cushion over Detroit for the final playoff spot in the Western Conference.

A win on Monday would help the Kings scratch and claw their way up back the current standings – as of right now, they’re on the outside looking in.

Has the tide finally turned?

Clifford Responds to Bissonnette of the Coyotes