You are here: Home / AHL / Kings Come Home With Questions, Not Answers 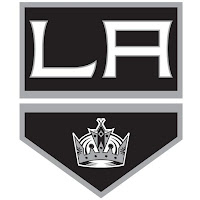 The Kings return home tonight to play the first of a home-and-home series with the Coyotes, a team that’s already beaten them twice this season.

After losing both games on their road trip earlier this week the Kings are now 2-9 over the last 11 games, a stretch that began with an embarrassing 6-3 loss in Phoenix. Things were so bad in that game Jonathan Quick was pulled for the first time this season.

Several Kings players talked here about what it would take to snap the team out of the losing streak. However, that was after they lost five straight. They’ve gone 2-4 since then. So, it’s far from fixed.

Did he forget how to coach in the last few months? Doubtful, he guided the team to 101 points last year and could have been a finalist for the Jack Adams Award (Coach of the Year). Have the players tuned him out? It’s possible. But, why? He had the goods last year and it’s not like he’s a hard-nosed coach who rubs players the wrong way. Are they stifled in the system? Perhaps.

Are they frustrated with the constant line changes? Maybe. However, I’ve asked more than half the forwards about it over the last few weeks and they all basically say it’s a non-issue. At this level they expect to play with different players.

Any questions about Murray’s immediate future behind the bench were put to rest yesterday when GM Dean Lombardi said “We’re all in this together.” Coaching isn’t the issue.

The penalty kill is ranked 23rd on the road and yet it’s tied with Tampa Bay for the best in the league at home (88.6%). True to form, three of the four goals scored against the Kings on the road trip earlier this week were on the PK. Why such a varied discrepancy in the home/road stats?

Quick has lost six of his last seven decisions and Jonathan Bernier just can’t get any momentum going.

Although Quick will start tonight vs. Phoenix, one thing is clear – Bernier needs to play more. I’m not saying more than Quick, just that a young goalie needs to play. He said as much in his interview here over the weekend. The team is walking a fine line right now too. Along with the losing there is a microscope starting to surround every move Bernier makes. It ruined Jamie Storr before he could ever reach his potential. Is the same thing happening to Bernier? Hope not.

Recenlty, a member of the Kings organization suggested to me that one of them may need to go, sooner rather than later. His point was times have changed, young players want to play and they aren’t comfortable paying their dues and waiting around. Specifically, he referenced the Carey Price / Jaroslav Halak situation in Montreal last year. The Canadiens had to trade one away for the betterment of the team. A goalie needs confidence to play well and having some other guy around can mess with his head.

If that’s the case, who do you keep?

Drew Doughty isn’t playing like last year, sure. However, this isn’t uncommon for young players. Sometimes they slip a little before taking another giant step forward. The question is, what’s it going to take to get him back on track offensively? He has three goals this season. That’s a major hole in the Kings offense (and power play).

Which Jack Johnson will show up on a nightly basis?  It’s almost like a microcosm of the larger team issue.  There have been two stretches this season where Johnson has played tremendous hockey.  In fact, earlier in the year it might have been his best 10-game stretch ever as a King.  Yet, more often than not lately, he’s creating a lot of unnecessary motion.  Can he simplify his game?

Is Alec Martinez for real?  So far, so good.  So, there’s a positive.

Who can play left wing? It’s the obvious question given how many guys have started a game along side Anze Kopitar this season.  As I’ve written before, there doesn’t appear to be another player on the roster who brings out the best in Kopitar the way Ryan Smyth does. What do they need more – a center to play with Brown or a wing to play with Kopitar? And where does Justin Williams best fit in?

In 2011 the Kings have played nine games, losing seven of them.  In those seven games they’ve scored a total of 10 goals.  Forget the goaltending and the defense.  You aren’t going to win many games averaging just over one goal scored per game.  Where’s the offense?

With all of the above in mind, you’re left with two options – a trade or call-ups from Manchester.

The trade market is dry, as Lombardi discussed here yesterday.  Like every year, there is sure to be a flurry of deals around the trade deadline. That’s more than five weeks away though and the Kings play 16 (or their remaining 36) games before then. They need horses now. So…

Two weeks ago Murray said there were no plans to bring up anybody from Manchester to shake things up. Since then, they’ve lost six of eight. Is it time yet?

Well, Andrei Loktionov has been called up to replace an injured Marco Sturm (and could play as early as tonight).  Fourth line minutes aren’t going to jump start the offense, so here’s an idea – make him the second line center.  It can’t be any worse than what they’ve tried. Jarret Stoll has five goals in his last 22 games.  Five. If not Loktionov, then take a look at Corey Elkins. He was called up last year for three games and scored a goal in Calgary – something the Kings have had a tough time doing the last few years.  He’s also a former college hockey player, so he’s a few years older (and more filled out physically) than Loktionov, Oscar Moller and Bud Holloway.

On defense, they have to take a look at Viatcheslav Voynov at some point right?  He’s the leading point producer in Manchester and if they don’t feel like any of the Monarchs forwards are an option to help, maybe it’s time to look at the defense – which is sorely lacking in goal production this year.

Let’s save the larger trade rumor / trade scenario review for closer to the trade deadline.

For now, know this –

As I made the case for here, they missed out on Jamie Lagenbrunner (and scoring the game winner vs. the Kings in Dallas on Monday night was just salt in the wound).

Jarome Iginla?  At the very least that’s not happening until after the Heritage Classic (Feb 20). Their new GM has said he won’t trade him.  So, if you want him, you’ll have to overpay.  Will be hard to get without giving up Brayden Schenn too.  Plus, he brings a big contract for next the two years – no problem this year, not so good starting next season.

Does Zach Parise want out of New Jersey? He’s a restricted free agent this summer, but would fans be happy with Lombardi acquiring another player coming off of a serious injury?  Besides, he wouldn’t be of much help until next season.  Put a pin in this one until draft weekend.

Scouts have been seen recently in Boston, Ottawa (Chris Phillips?) and Tampa Bay (Ryan Malone? Simon Gagne?).  Does any of that mean anything? Probably not. More than half the league will be looking for the infamous top-6 forward and a top-4 defenseman over the next month.  What do the Kings do if they’re forced to pick just one?

When you’ve lost nine of the last 11 games and haven’t generated much offense along the way, it would seem to suggest a forward is needed, right?

Or do you go after a defenseman to give the anemic offense a better chance of winning those tight, one goal games?

Some wins are needed – ASAP – or the sign will turn from ‘buyers’ to ‘sellers’ in just a matter of weeks.

Interview with Eric Belanger – Preview of the last Kings-Coyotes game

Counted Out Too Quickly? – feature article on Jonathan Quick

Westgarth and the Week Ahead – including thoughts on the Coyotes
.