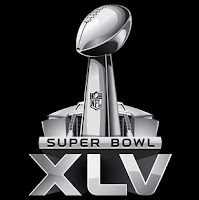 When a team is mired in a slump like the Kings have been this month, at some point it’s refreshing to turn the conversation away from hockey.

With that in mind, how about a little football talk? After all, there are a pair of pretty big games going on later today.

And sure, Canadians love their hockey. But, Americans love their football. So, who better to weigh in on this weekend’s NFL Playoffs than a pretty patriotic guy like defenseman Jack Johnson?

Probably a lot of people actually. Still, let’s see what he had to say…

MM: Any thoughts on the football games?

JJ: I’m pulling for the Packers. They have some players on the team that I really like and enjoy watching. So, I’m hoping I get to watch them for another game.

MM:  And over on the AFC side, anything on New York at Pittsburgh?

JJ:  If I was a betting man, I’d probably say Pittsburgh. But, you never know with the Jets. I’m a big fan of Rex Ryan. So, I hope he does well. But, I think Pittsburgh is pretty tough to beat.

There you have it.