You are here: Home / draft / The Complete Story on Brayden Schenn 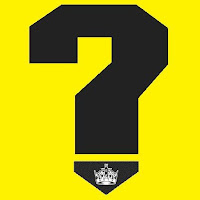 Everybody has that friend or family member who just always seems to find drama. No matter what they do, every time they seem to turn the corner, there’s another perplexing situation sitting there waiting for them.

Brayden Schenn may be that guy for the LA Kings.

Simply take a stroll through his 18-month relationship with the Kings to get a taste of what I’m talking about.

The Draft… It probably all started right from the official beginning at the 2009 NHL Draft. Toronto GM Brian Burke was openly lobbying all teams to make a deal with him. The Leafs already had Luke Schenn and were desperate to add his little brother too. Instead, Kings GM Dean Lombardi took Brayden with the fifth overall pick and a picture (now somewhat infamous) of an extremely irritated Burke instantly started circulating online.

The Game… Within a few weeks most had forgotten all about Schenn, he was still years away. The organization and their fans became focused on acquiring the players necessary to return to the playoffs. However, to the surprise of nearly everybody, the Kings thrust his name back into the current consciousness just 26 games into the following season when they signed him to a one-day contract. He went from playing for Team Canada in the Super Series (a top junior hockey tournament) to suiting up for LA against the Vancouver Canucks. For one day. In, out and gone back to the Brandon Wheat Kings.

The Knee… Over the past summer, some were saying he had a strong chance to make the Kings this year (a notion I disagreed with many times here on MayorsManor, as there just wasn’t room for another center without a trade). Then, on the eve of Rookie Camp opening word got out that he had sustained a knee injury while training in Canada. Speculation starting running rampant that he could be out for several months. Nobody could get a straight answer on the severity of things, even after he was brought to LA for an MRI. However, once main camp opened, there he was, part of Group B and everything was fine.

The Rule… He remained with the team during the first month of the season, playing in six of the first seven games. Then, things starting getting weird. Healthy scratches, hand-wringing on what to do – keep him or send him back? It all centered on the NHL’s agreement with the CHL. A junior level player can only play nine games in the NHL before his pro contract kicks in. Were the Kings willing to ‘use up’ the first year of his entry level contract, especially considering he would probably only be playing four to eight minutes a night?

The Other Rule… Stuck on ‘eight games played’ for what seemed like forever, Schenn was then sent to Manchester. Wait, what? Wasn’t he too young for the AHL, making the decision either juniors or the NHL? That’s what everybody thought. Leave it the Kings to find some loophole allowing them to send him to the Monarchs for a two-week conditioning assignment.

The Return… Once that stint was completed he was brought back to LA, still sitting on eight games played in the NHL – making him eligible to play in the game last Thursday vs. Florida.  However, he was scratched and soon sent back to junior hockey. Leaving many people to wonder, why had the Kings stretched this whole thing out for over a month?

The Trade… Rumors swirled throughout November that the Kings might be looking to include Schenn in any package they would be offering for players like Jarome Iginla. A trade never happened, so who knows.

The Other Trade… Right before Schenn was returned to Brandon a new theory was emerging. Perhaps the Kings were in fact OK with him playing some more junior hockey – however, they were wanting him to be traded from the Wheat Kings to a contending team. Which is sort of where things stand at this point. Schenn returned to his junior team on Saturday night and scored a goal. Of course! Speculation north of the border says Brandon will most likely be looking for two first round picks (WHL) and a young player in exchange for Schenn in the weeks to come. The rumored front runners are Portland and Saskatoon (his hometown).

The Other, Other Rule… If you think the story went away once he was returned to the WHL, think again. Just yesterday came some grumblings that there may be some confusion about whether Schenn can return to the Kings this season. Having only played eight games, he may be able to play one game at the end of the regular season and still be eligible for the playoffs. Wow, it never ends.

The Schedule… Schenn is expected to play two more games for the Wheat Kings (Wednesday and Saturday), before reporting to Team Canada’s selection camp for the World Junior Championship (he’s a lock to make the team). The WJC opens play on December 26 and if Canada can get to the gold medal game, that would take him through to January 5. The Wheat Kings have a weekend series on January 7/8. Then, the WHL trading deadline is January 10.

So, only one thing is certain at this point – the Brayden Schenn story is far from over.

Coach Terry Murray on the hold up with Brayden Schenn

Comments from Schenn the day before being returned to the WHL

Comments from Schenn after eight games in October