You are here: Home / NHL / Kings / Recap of Brayden Schenn on NHL Radio 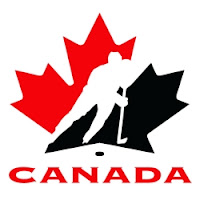 There’s finally a plan in place for Brayden Schenn‘s next few weeks.

He’s been living day-to-day for the last three months. Not anymore. Currently, he’s with Team Canada and preparing to start the World Junior Championships on Boxing Day (12/26).

Here’s a quick recap of his interview on NHL Radio…

* This year’s team (Canada) is “big and fast and looks good on paper.”

* It’s been a “whirlwind of a first half” for him, filled with “a lot of uncertainty.” However, he values the experience he gained with the Kings, the Manchester Monarchs, etc.

* He’s one of four returnees for Canada, the defending champion U.S. has eight. He’s not worried about being ranked second entering the tournament. Canada is “expected to win gold every year” and it’s up to the U.S. to deal with that pressure.

* He thinks Russia has something to prove, given their loss to the Swiss in the semi-finals last year. So, that’s going to be a good test for Canada right out of the gate.

* In his opinion, Canada will have great goaltending and big defenseman. Offensively, they don’t have guys like Jordan Eberle (Edmonton Oilers) – but he doesn’t agree with people who say the team will have trouble scoring.

It’s rumored that Schenn is one of the three front runners for the Team Canada captaincy.  So far, nothing has been officially announced, should be within the next few days.