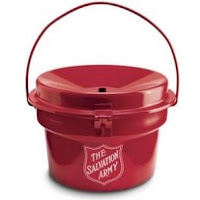 Jonathan Quick just might be the biggest Grinch in all of HockeyTown, USA right now.

The Red Wings were trying to get into the holiday spirit by hosting Red Kettle night on Monday. And why not – the Salvation Army has a big presence in Detroit, including hosting the world’s largest kettle in Campus Martius Park.

While the visiting Kings were in the giving mood – allowing a season high 51 shots on goal, the stingy Quick stopped them all.

At the other end of the ice, the Kings deposited five goals in Detroit’s net and picked up a huge win to kick off their five-game road trip.

Here are some other news and notes from the game…

* Wayne Simmonds opened the scoring. All I can say is be sure to read this article from yesterday to understand why it was bound to happen.

* Oscar Moller scored his first goal of the season, to put LA up 2-0. This could (read: should) be his final audition for the Kings prior to being part of a trade (we look at the issue here).  The play was set up by Drew Doughty ‘walking the line’ and taking a shot – a move he used so effectively last season, yet is hardly doing this year for some reason.

* Anze Kopitar put in the third goal of the game. During the pre-game radio show Daryl Evans said Kopitar needs to learn to be more selfish. I couldn’t agree more. He should have 40+ goals every year.

* Doughty had three points, including the game’s fourth goal. Coming into the season, who would have ever thought it would take Doughty until mid-December to get his second goal of the season?

[update: Doughty’s goal was changed to Kopitar after the game (his second). So, we can change the question to – who would have ever thought Doughty would have just one goal in mid-December?]

* Ditto for Jack Johnson, who picked up his second tally of the season to make the score 5-0.

* The only other Kings goalie to shutout the Red Wings in Detroit? Rogie Vachon in 1978.

* The Kings were one game under .500 in their 14 games without Willie Mitchell in the line-up (including a dismal 1-5 on the road). Sure was nice to see him back.  It was his 600th NHL game, something he talked about in an exclusive interview here.

* Jack Johnson visited MayorsManor over the weekend to talk about the Big Chill game (link)…and there was plenty of college hockey talk throughout the broadcast on VERSUS – including mentions of Boston College, Michigan, Michigan State, etc. Perhaps it was on omen too when in the opening minutes they talked about Jimmy Howard’s Maine Black Bears defeating Quick’s UMass brothers on Sunday 4-1. The LA goaltender needed to even the score a little, right?