You are here: Home / NHL / Kings / Drew Doughty Is Odd Man Out in LA 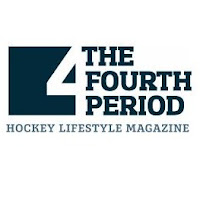 LOS ANGELES, CA — The Montreal Canadiens and Detroit Red Wings each have one. So, we can’t be talking about Stanley Cups.

The Chicago Blackhawks have a pair. No, this has nothing to do with Patrick Kane and Jonathan Toews.

In San Jose, they have a trio. While the Penguins have four.

Yet in L.A., the Kings have six and one more an injured reserve.

You see, every defenseman on the Kings’ roster is from a U.S. college hockey program – with one exception, Drew Doughty.

It’s a rather surprising statistic considering outside of a few pockets – Boston and Minnesota, for example – most Americans don’t even have college hockey on their radar. In fact, casual hockey fans in the U.S. probably just think that hockey players come from…um, Canada. While that may be true historically, there is a major shift underway.

College sports news tends to come in two waves. Right now it’s bowl season, so it’s college football 24/7. This gives fans of the Raiders, Giants, Cowboys, etc. a chance to see some of the best up and coming grid iron warriors.

But, what about hockey?

The Kings are not only stacked with former college hockey players at the NHL level, they’re betting big on the future too – having taken Derek Forbort in the first round of last June’s draft. He’s currently a freshman at the University of North Dakota, one of the top college programs in the country.

[note: The remainder of this article appears exclusively on TheFourthPeriod.com, where The Mayor will be providing additional Kings coverage throughout the season. Please click here now to continue reading…and learn more about Jack Johnson, Matt Greene, Rob Scuderi, Willie Mitchell and others.]