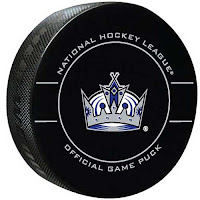 Hockey has a certain rhythm to it. Every shift, every game and every season is inevitably packed with ebbs and flows. Teams are never as bad as they appear during their lowest points. Never as good as they seem during their highest ones. The very best clubs then must be not just talented, but resilient. Not just hungry, but focused.

That’s form the new HBO documentary ’24/7′ – where they’re providing a raw, behind the scenes look at the Penguins and Capitals leading up to the Winter Classic. The first episode was unlike any hockey show you’ve ever seen and should be mandatory viewing for all fans. You can check out the PG-rated version online for free here.

Rumor has it the Kings are working on a similar all-access type show to be produced by their Kings Vision team for online viewing.  It should debut in early 2011.

Now, if shopping, back-to-back Kings games, holiday parties, etc. has been keeping you from the HBO special and other key hockey stories over the last few days, don’t worry – we’re here to help. Below are the twelve puck related news items you need to know coming out of the weekend…

*  Donald Fehr was approved as the new head of the NHL Players Association, effective immediately.  Exactly what this means when it comes to the impending negotiations with the league office and rumors of a possible work stoppage is pure speculation at this point. Perhaps the most interesting aspect of the story (for now) is that the NHLPA constitution is publicly available on their website.  That may be a first in sports.

*  One of the greatest American born players of all-time, Chris Chelios, was honored before the Red Wings – Blackhawks game on Friday night.  Video of the ceremonies can be seen here.

*  Jonathan Bernier was staring at a 3.30 goals-against-average and .889 save percentage heading into Saturday’s game with Nashville.  He was stellar in net and is now 3-0 lifetime vs. the Preds.  Post game news, notes and numbers can be found here.

*  Yet another video story – beware of these carolers in your area…the Sharks love Christmas tunes.  And if you have a Sharks fan on your list, starting tomorrow you can also bid on the new San Jose Sharks candy cane jersey.  Details here.

*  Kings prospect news – as discussed in his MayorsManor interview last month, Russian superstar in the making Maxim Kitsyn is coming to North America.  First off, he’ll be playing in next week’s World Junior Championship tournament for Russia. Then, he’ll be staying behind for the remainder of the OHL season.  He’s one to watch at the World Jrs, especially after just being the top goal scorer at the Super Series last month.

*  Prospect News II – conventional wisdom says that Brayden Schenn is about to be traded by his junior team (Brandon Wheat Kings) and now comes word that the Regina Pats may be looking to trade Jordan Weal too.  Who knows, maybe they could even end up on the same WHL team.  (note: interview with Weal available here).

*  I was a guest on the ‘The Hockeywood Insider’ podcast last week.  You can access that show online (yes, it’s free) by clicking here.

*  Jonathan Quick deserves to be an NHL All Star this year (and no, not just because he had an assist in the game on Sunday).  If you haven’t voted for him yet today, you should do so now.  It’s easy to do at NHL.com/vote, over at facebook.com/NHL and/or by texting his last name to 81812.  Justin Williams probably deserves your vote as well.

*  It’s a twitter thing – the best hashtag I saw on Sunday was #donttoewsmebro (courtesy of @ottercakes).  And the ‘Hawks did the Kings again, running their recent record to 8-0-1 vs. LA.  Ouch.  The rematch is in LA on Monday Jan. 3.  However, the last time the Kings beat them in regulation was a 5-2 victory at Staples Center back on Jan. 29, 2009.

*  The Kings won’t be seeing defenseman Kyle Quincey in Denver on Tuesday, as late Sunday the Avs announced he needs season ending shoulder surgery.  In somewhat related news, another former member of the Kings and Avs – the uber popular Ian Laperriere – joined us last month for the first ever MayorsManor podcast.  If you haven’t heard it yet, do yourself a favor and click over now.  I promise you wont be disappointed.  Money back guarantee.

*  Manchester went a perfect 3-0 this weekend.  Left wing Bud Holloway – who started his pro career with the Ontario Reign after being drafted in the third round by the Kings in 2006 – scored his first AHL hat trick, helping the Monarchs down the Portland Pirates 4-2.

Although we’re here to bring you “the rhythms of a season…the mysteries, at once wondrous and tortuous” (also from HBO’s 24/7), here’s a light hearted note from off the ice – tomorrow night at 9pm PST you can catch Matt Greene on the Food Network’s Cup Cake Wars. Check your local listings.