You are here: Home / NHL / Kings / Vote for Your Kings Candidate 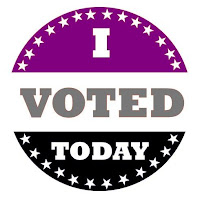 In sticking with the national theme of the day, it’s time to vote!

Because there’s only one political party here – the LA Kings Nation – think of this more like a primary election, where people of somewhat like minds are voting for a common candidate to represent their collective beliefs.

Below are the five best candidates worthy of being named the Player of Month for October 2010. A brief case for each guy is made and then it’s up to you to vote…

Willie Mitchell – had the only goal among all defenseman on the team (and it was short handed!)…with one goal and four assists he is second on the team among scoring by defenseman…tied for the team lead with a plus-six rating…played second most minutes on the team, averaging 23:20 of total ice time per game…finished the month with zero penalty minutes – the only player among the top five defenseman to stay out of the box entirely

Jonathan Quick – had a 7-1 record in eight games…goals-against-average of 1.84…gave up only one goal in four of his eight starts…save percentage of .936…one shutout…four times voted number one star of the game

Jarret Stoll – second on the team with 10 points (four goals and six assists)…fourth among forwards in total ice time (second in total short-handed time on the ice and power play time)…tied for the team lead with a plus-six rating…number one face-off guy on the team, finished month with a 58.2 winning percentage…went 1-1 in the shootout

Justin Williams – the only point a game player on the team in October…tied with Dustin Brown for team lead in goals and leads everybody in points…five goals and six assists (11 points) in 11 games…leading scorer is averaging only 16:32 of total ice ice time per game, sixth among forwards…finished with a plus-five rating…went 0-1 in the shootout

What do you think?