You are here: Home / NHL / Ducks / Something’s Gotta Give 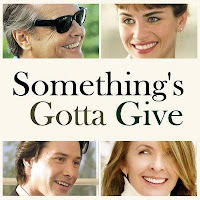 The Kings and the Ducks usually put on a good performance when playing each other, regardless of the their respective records.

Tonight, the Kings are counting on a much better showing than what they’ve provided lately. And, so are the Ducks. Both teams enter play having lost six of their last seven games.

Anaheim will be adding Teemu Selanne to their, while Los Angeles adds John Zeiler.  What’s that old saying about bringing a knife to a gun fight?

* The Kings are 5-6-0 overall in November.  Obviously, they need a win tonight to balance their books…as well as stop the recent bleeding.

* Although the the last few weeks have been brutal for the Kings, they actually sit just two points behind where they were at the same time one year ago. However, if they expect to seriously challenge San Jose this season, something’s gotta give.

* After a hit on Oscar Moller last year Drew Doughty made sure Bobby Ryan got his receipt later in the year.  There’s also a little Canada vs. US animosity there.  Will these two find a way to get reacquainted tonight?

* Anze Kopitar and Justin Williams have had a solid November, with 12 and 11 points respectively. Meanwhile, the third and fourth line are contributing next to nothing offensively. Michal Handzus has just two goals and one assist this month. The Colonel, Kyle Clifford, still doesn’t have a goal this season. Something’s gotta give.

* When I spoke with Bobby Ryan over the summer about the Kings-Ducks rivalry he said “It’s for bragging rights when we face off with LA.  It’s a tough one for me too because I have so many good friends on the Kings, not just from the Olympics, but from Owen Sound – in (Wayne) Simmonds and (Brad) Richardson and other guys I’ve gotten to know.  I definitely text those guys after games, whether we win or lose, and say “We’ll get you next time.” or “We had your number tonight.”  Let’s hope it’s the former tonight!

* Is Wayne Simmonds playing like a guy who wants to be traded or is it just me?  Third line, first line – it really doesn’t matter.  Something’s gotta give.

* On the special teams front, the Kings look to have their hands full.  Their mediocre ‘road’ power play (14th in the league) will face off against the Ducks not so stellar ‘home’ penalty kill (26th in the NHL).  However, it’s the flip side that gets scary.  LA’s ‘road’ penalty kill (just 22nd in the NHL) will be asked to shut down a potent Ducks power play (ranked 4th at home).

*  It took several weeks into the season for the first Kings defenseman to score a goal.  And things haven’t been much better since.  Jack Johnson has one goal in the month of November.  Ditto for Drew Doughty.  Something’s gotta give.

*  When Alexi Ponikarovsky and Willie Mitchell first went out of the line-up, I speculated that Poni’s absence could hurt the Kings more.  That’s not a knock on Mitchell, who was playing superb hockey.  It’s more of an admission that there isn’t much offensive depth in the organization.  With all the line shuffling it’s caused – resulting in basically zero effectiveness – that weakness has more than been exposed.

*  Kevin Westgarth didn’t have have the best of Thanksgiving week’s this year.  First he was beat down by Ottawa’s Chris Neil.  Then, Saturday he was given a broken nose in the Blackhawks game.  Tonight, he’ll share the ice with fellow ivy leaguer, Geore Parros.  The two squared off in a pre-season scrap that was pretty much a draw.  If Westie isn’t in the mood to mix it up tonight though, look for Clifford to be more than willing to introduce himself to the opposing team.

The plot for the movie Something’s Gotta Give (staring Jack Nicholson and Diane Keaton) is described as “A swinger on the cusp of being a senior citizen with a taste for young women who falls in love with an accomplished woman closer to his age.” Perhaps that could fit the Kings perfectly in the days to come. A team on the up swing this season, with a roster full of younger players…acquires an older, more accomplished winger…” Well, you get the idea.

Interview with Noah Clarke – he tells one of the greatest Parros stories of all-time!
.