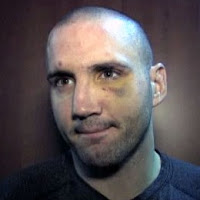 Trevor Lewis is wearing #22 this season. Before him were names like Baumgartner, Huddy, Tocchet, Conroy and Halpern. However, for most Kings fans there’s only one #22…Ian Laperriere.

And the admiration for Lappy isn’t just among the fans.

“Ian, the way he plays, tells it all” said captain Dustin Brown when talking about the four leaders that inspired him earlier in his career. Luc Robitaille specifically called out Laperriere during his Hall of Fame induction speech. So, it really doesn’t matter who you’re talking with, from coaches to teammates to opponents, everybody has deep respect from what Lappy brings to the game of hockey.

Therefore, when it came time to launch the new MayorsManor podcast, he was the perfect guest. Not only does he have great stories, that French-Canadian accent could only mean one thing – hockey!

He doesn’t need much more of an introduction, so let’s get right to it.

In this interview we cover the trade that brought him to Los Angeles, the highs and lows of his career, playoff memories at Staples Center, contract talks with the Kings…plus, a word association segment that is one for the ages.  Truly candid comments from Lappy.